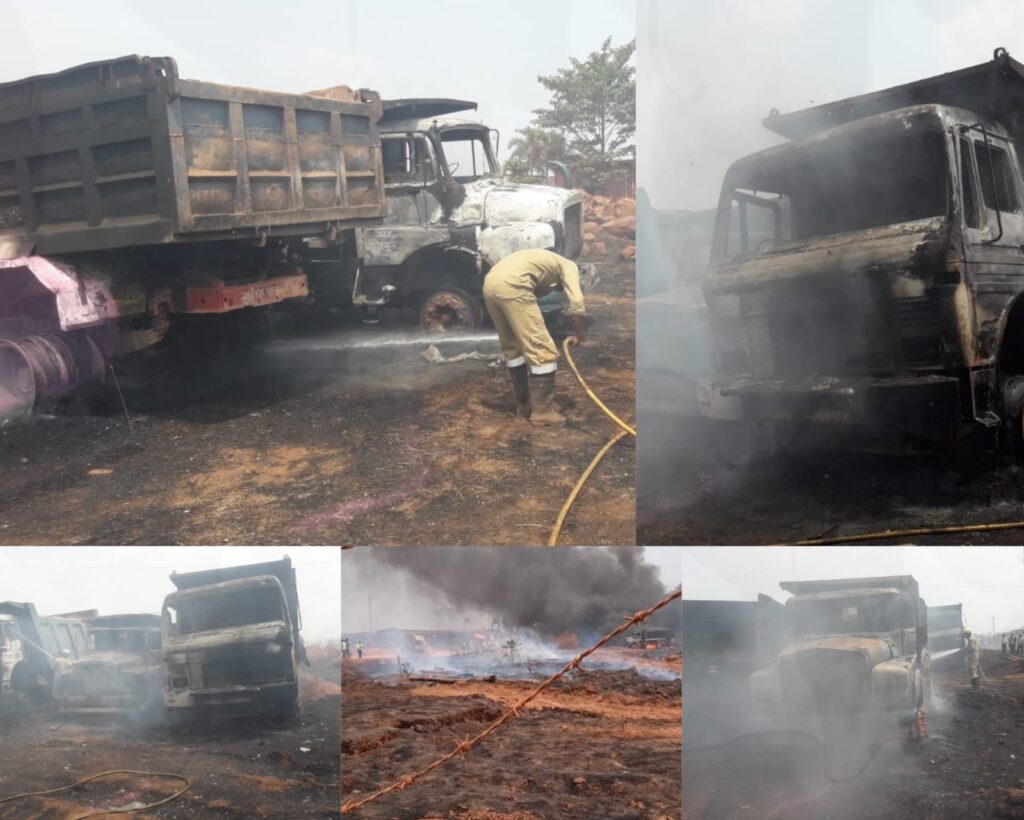 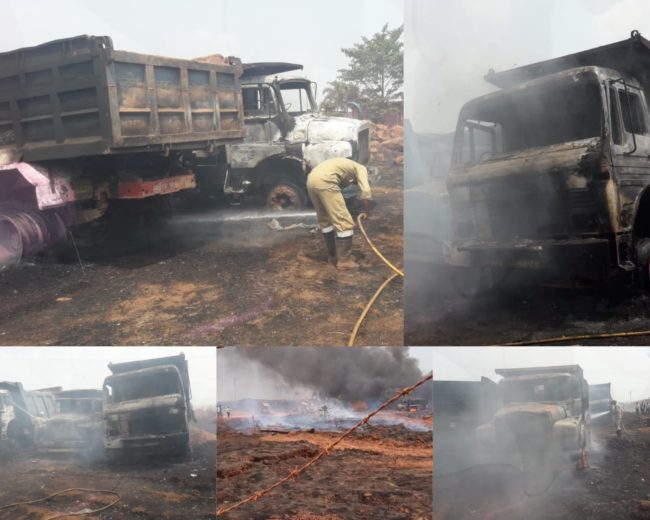 MOPA: A major tragedy has been averted as seven trucks used for carrying material caught fire this morning at the Mopa airport site (inside the compound).
The trucks caught fire when they were in a parked position and were empty.
The Fire Brigade were immediately called, and the fire was doused, but the vehicles are totally gutted, said an official.
Director of Civil Aviation Suresh Shanbhogue told Goemkarponn that the vehicles were stationary when they caught fire.
“The vehicles were parked very closely, so they started catching fire one after another. The exact cause of the fire is not known; the fire officials are still on the job,” he said.
Fire officials said that one reason for the fire could be due o a short circuit in one vehicle.
“We also suspect a fire could be due to cigarette bud being thrown in dry grass where trucks were parked, accidentally. Nothing can be said as of now,” sources said.