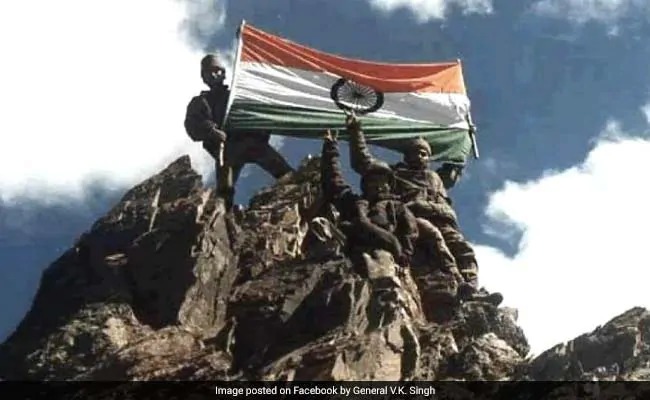 This year on 26th July we are completing 22 years of the victory of Kargil War. It is observed as Kargil Vijay Diwas. The memories of that period come flashing back. How can one forget the loss of hundreds of comrades across the services, having sacrificed their lives for the Country. What happened to the families of those brave soldiers who gave their life for the country? Does anyone care?
I vividly remember those days in May-June 1999. I had gone on transfer from INS Hansa and just joined my new unit INAS 550 in Kochi. I was settling down in the new squadron as the squadron Air Engineering Officer and it was a tricky task, with three different class of aircraft including the newly inducted Dorniers. It was early June, somewhere in the late evening when I was about to pack up for the day and I heard the duty sailor rushing to my office across the aircraft hangar saying, “Squadron Commander saab ne bulaya hain”.
Well, I went to meet my Squadron Commander, Captain Gopa Kumar, who on seeing me said, “Relax Ferdie” (that’s the nickname by which they called me, short form for Fernandes). He offered me a cup of tea and said, “Well, I know you have just come to kochi and still settling down and have a small Baby, but don’t worry, we’ll extend whatever help is needed to make their life comfortable”. I couldn’t figure out what this meant but sensed that we may have to go on a deployment for a few days. The next thing he said was that the Air Force AN-32 will be landing in Kochi at around 06:00 in the morning and we have to go and join the war at hand. He briefly told me the sector that we were likely to be deployed with aircraft.
Coming out of his office, I instructed the men on night duty to call a team of sailors to get the aircraft ready in all aspects, gun pods, ammunition, spares, POLs, Ground Power Unit, documents, etc etc. Imagine the men being informed at home late night to report to the squadron early morning, for a long deployment, not indicating the actual nature of duty to obviate news leaking out to unwanted enemy sources and I’m sure none of them, just like me, knew for sure whether we’ll return back alive to see our families. But the sheer thought of fighting for the country was probably the adrenaline that fired us to get into our boots and uniform to join that campaign.
Fortunately, we flew via Goa, stopped at Dabolim for refueling, and I got enough time to ring up my parents in Goa and speak to them, to assuring them that I’ll return safely to see them. But on the contrary, my Father and Mother both wished me well and assured me that it was a proud moment for them that their son was going in service of the country.
We landed in a Forward Operating Base somewhere in the North western sector (location cannot be disclosed) and were whisked away to the nearest base. We could feel the tension around and that helped us to quickly adjust ourselves for a tough battle ahead. We spent nearly 50 days in the area and I still recollect the intense flying that we undertook. Our Pilots as well as the Observers used to fly almost 12-16 hours with hardly any time for rest. The whole detachment, Officers and sailors gelled together as one close unit, breaking bread at the make shift air strip at the Forward Operating Base. We had some very memorable moments and it gave me a great experience specially in context of taking some quick decisions, at times disregarding the rule books as far as the aircraft were concerned. I recollect the tense situation when one of our aircraft went off the radar and finally when it landed back, Sir Madan Shergill, now Commodore Shergill posted in Naval headquarters, Delhi informing that they had to do very low flying to escape being shot down by F-16s.
Our campaign came to an end with the signing of a peace accord between the Prime Minister of India, late Shri Atal Behari Vajpayee and the then Prime Minister of Pakistan, Shri Nawaz Sharif, though brokered by the United States in the background. Nawaz Sharif subsequently thrown out unceremoniously through a coup by General Pervez Musharraf, keeping to the tradition in Pakistan of usurping power by military force.
After we returned back to Kochi, the Government announced the award of Vijay Star as well as Vijay medal for our participation in the Kargil campaign. It will always remain the proudest moment for me for getting an opportunity to have participate in a war. As I approach another Vijay Diwas, I pay my respects to the hundreds of soldiers who laid down their lived during that war fighting to safeguard our borders. It was a lesson for the country’s leaders never to trust your adversary, whatsoever the peace postures that they may indicate.
I also request parents in Goa to encourage their children to seriously think of joining the military service as a career option. The salary may not be on par with the corporate world but definitely more organized, secure and with a life time pension to fall back on. It teaches a person to value life, to follow discipline and lead life by example. I dream that someday we have compulsory military service of atleast 2-3 years so that we have honest leadership with dedication and loyalty to the country rather than looting the country of the tax payers money.