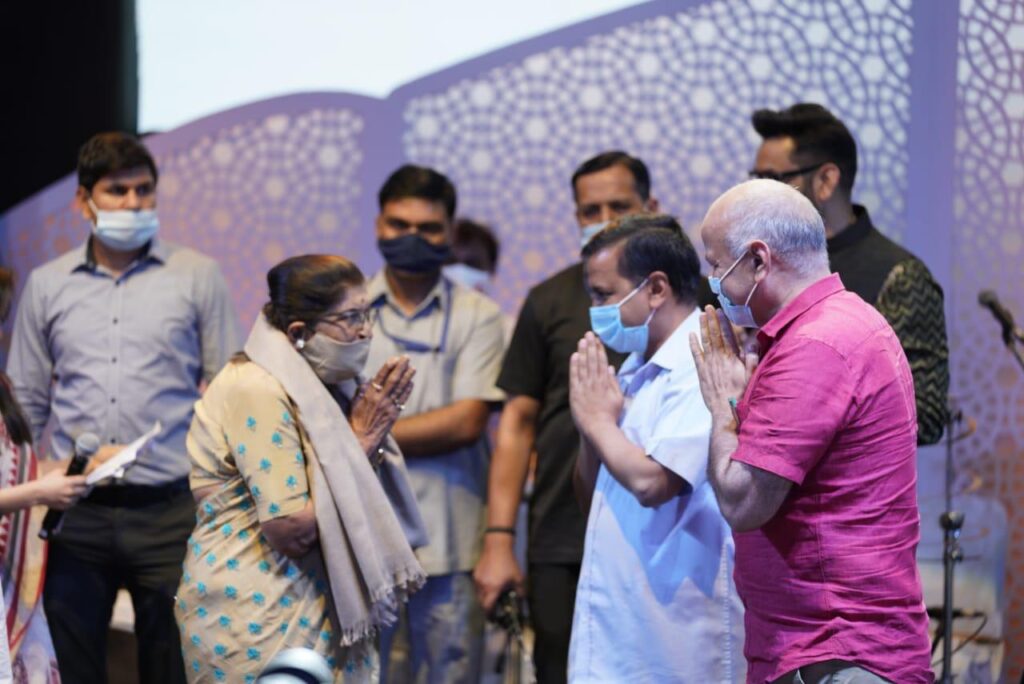 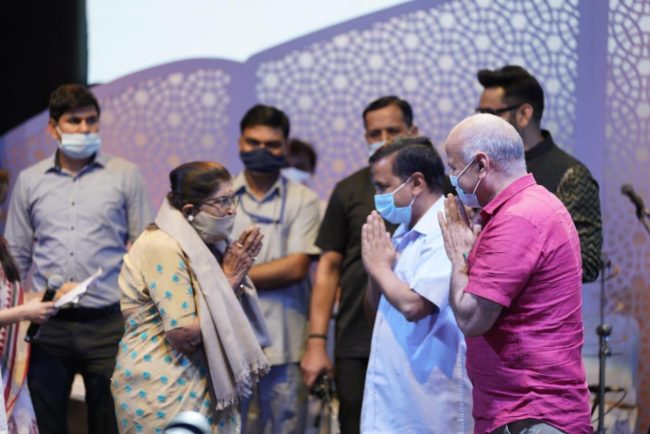 Goemkarponn desk
NEW DELHI:
Aam Aadmi Party chief and Delhi Chief Minister Arvind Kejrival while inaugurating Freedom@75 Event to celebrate the spirit of Patriotism felicitated 83 year old Goan Suman Kurade who settled in Delhi since 1969 and runs the well-known organization “Goenckarancho Ekvott” that organizes Goa festival in Delhi to celebrate the spirit of Goa in the national capital. She was recognized for her efforts in making Delhi a cohesive society. Delhi is considered to be “mini India” where people from different cultures and geographies have been living together over the years.
Suman loves Goa and has also cultivated a love for Delhi where she has been living for long and is now spendin g all her energies and time to bridge the distance between her two home states.
After moving to Delhi 46 years ago, she has been running the organization Goenkarancho Ekvott that organizes the Goa Festival which is a three day extravaganza celebrating the spirit of Goa in the national Capital. Goa Festival was started in 2001 and has been organized successively for the last 14 years now.
Suman hailed the efforts of Delhi Govt and Chief Minister Arvind Kejriwal for recognizing Goan diaspora in Delhi and setting up a Konkani Academy to promote Goan culture. She asserted that Konkani is her mother tongue and she has strong Indian roots, it is a matter of joy for every Goan to receive such a prestigious recognition from Chief Minister Arvind Kejriwal.
The genesis of Goenkararancho Ekvot lies in Goenkar which in Konkani means Goan and that is exactly the point that Suman tries to make in all her endeavours. “Goa is unfortunately limited to clichés like the fenny, beach shacks, westernized way of living but deep within every Konkani speaking Goan is a side of Goa that is waiting to be explored,” she said.
Suman who is also a foodie is quite critical of the so called Goan food that is served nowadays specially in Delhi and People love Goan food here. ‘Konkani Academy’ will provide the right platform to Propagate Gaon culture to the next level. She said that entire Goan community will support Delhi Government’s initiative of Konkani Academy, everyone will work in full throttle to make it successful.