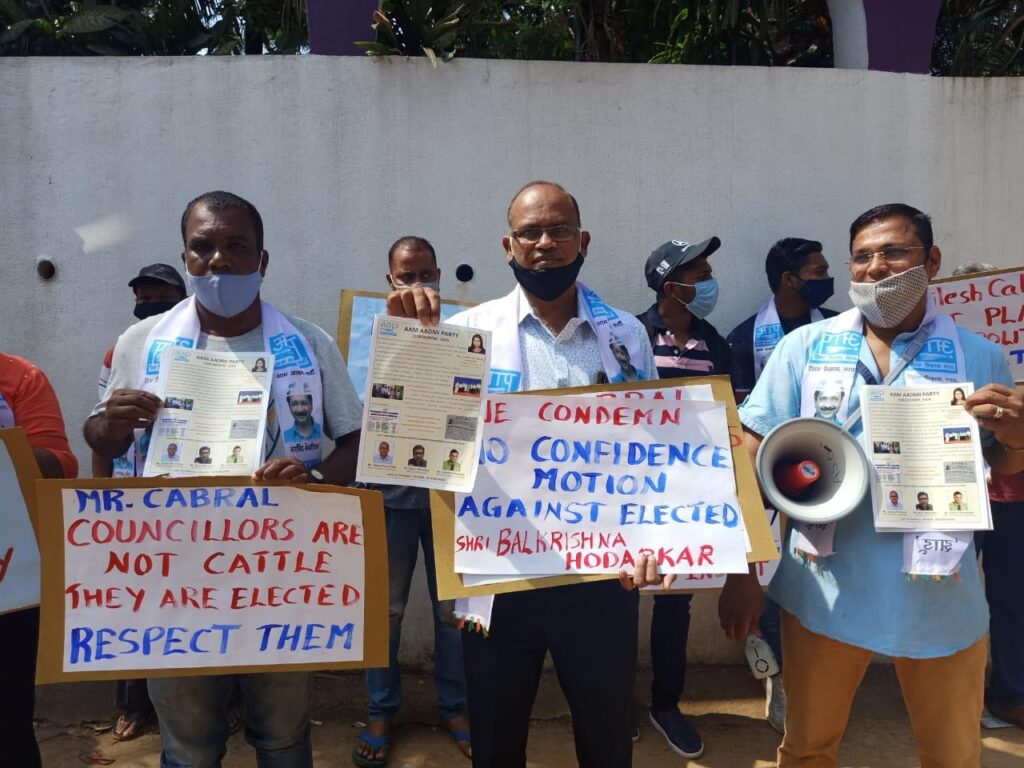 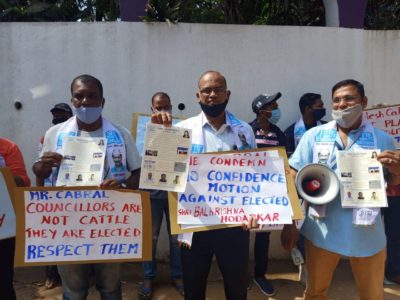 CURCHOREM: Aam Aadmi Party today held a demonstration protesting against the dictatorial behaviour of Minister Nilesh Cabral and demanded the immediate withdrawal of the no confidence motion tabled against the chairperson.
Speaking to media persons AAP Curchorem Cacora president James Fernandes said the recently held municipal elections was a victory of the people and defeat for Nilesh.
He pointed out that people of the area put candidates in all wards of the council thus defeating Nilesh’s claim of getting 5 councillors elected unopposed.
In fact the election of Balkrishna Hodarkar as chairman just proves that Nilesh has lost control over the council.
“The elected councillors have the right to elect their chairman which they did but Nilesh has now bullied them to move the no confidence motion,” he said.
While advising Nilesh to guide the new councillors without dictating terms to them, he said people’s silence should not be taken for agreement.
He demanded that the no confidence motion against the chairperson be withdrawn immediately.
Christanand Pednekar said Nilesh is worried about the assembly elections next year and hence behaving like this.