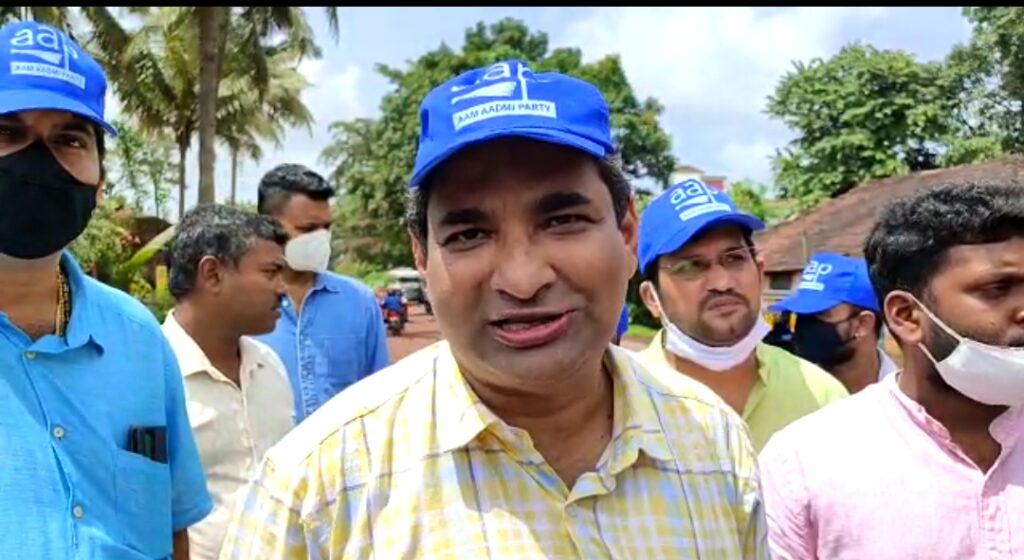 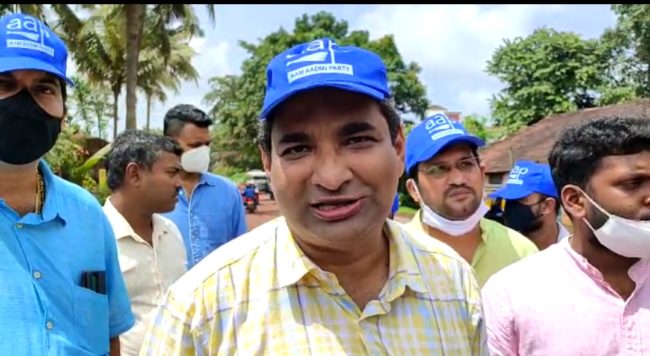 AAP Goa today under the leadership of AAP Goa Convenor Rahul Mhambre and Thivim Assembly in charge Rasesh Bondre took out a protest against the terrible conditions of roads in Thivim. The residents of Thivim are frustrated with the terrible conditions of the road especially around Ganesh Chaturthi. The residents put the blame firmly on the head of the sitting MLA Nilkanth Halrnkar who has led to this pitiable condition of the roads.
Halarnkar famously moved from the Congress to the BJP for “development”. Residents can clearly see the amount of work that has not been done by the MLA. The roads in Thivim more closely resemble an offroading track than a motorable road. Motorists and commuters suffer and are at risk for these bad conditions. Residents all over Goa are very upset with the failure of the Govt to provide them basic motorable roads. AAP has already taken out a protest last week on the pitiable condition of Pernem roads. The Govt has failed at improving everything from small roads to maintaining the flagship Atal Setu.
The commuters on the road stopped by and joined in the protest also. One of the commuter shared with the AAP team that his pregnant wife had a fall on this pot filled roads a few weeks back.

“Nilkanth Halarnkar left the Congress for the BJP claiming it would help him in development of Thivim. Today the residents of Thivim are asking, is this the development he wanted to bring?” said AAP Leader and Thivim Assembly incharge Rasesh Bondre. “The roads are a danger to motorists who drive on this road everyday. I ask since Goenkars pay all their taxes shouyldn’t we get basic motorable roads from our Govt?: added Bondre.

“It has now become an Extreme sport to commute in Thivim” said AAP Goa Convenor Rahul Mhambre. “The roads are made in substandard way by contractors cutting corners and the rains wash them away. The Govt is very clearly not interested in making anything for Goenkars living in Thivim” added Mhambre