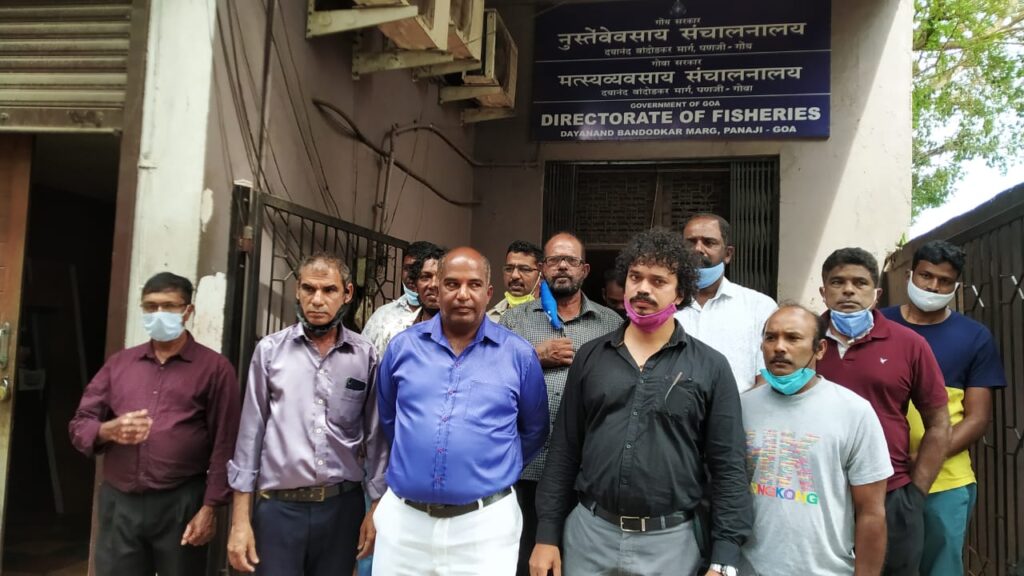 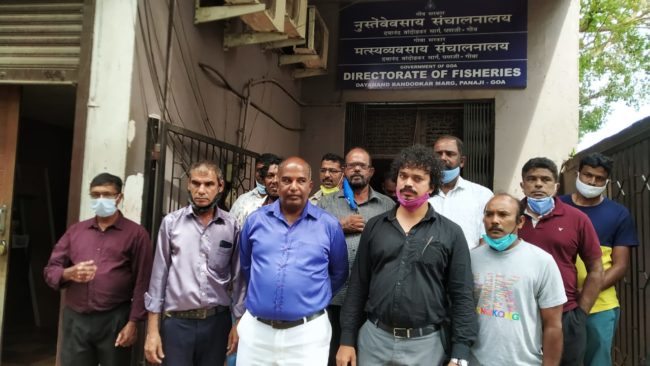 Goemkarponn desk
PANAJI: Goenchea Raponkarancho Ekvott has demanded strict action against bull trawling and LED fishing by Malphe trawlers, which they say would destroy the fish and pose a security threat.
The GRE has submitted a memorandum to Fisheries Minister Filipe Neri Rodrigues and Fisheries department to take immediate action.
“You are very well aware that our State was first to ban destructive gears like Bull or pair trawling and use of LED lights equipped with or with generator, wherein the government has issued vide letter order dated 10th May 2016 of Government notification no.2-1-81-FSH(V) dated 04/09/2001, published in the official gazette, series I No.24, dated 13/09/2001 banning of the use of destructive gears like bull or pair trawling and use of LED lights equipped with or with a generator in d or w territorial waters,” they said in the memorandum.
Subsequently, GRE says, the Central government passed an order dated 10th November 2017, order no.F.No.21001/3/2014-Fy(Ind) of Ministry of Agriculture & farmers welfare department of Animal Husbandary, dairying & fisheries banning the use of Bull or pair trawling and use of LED lights equipped with or with a generator in the territorial waters and Indian Exclusive Zone(EEZ).
“But sadly, the rampant violation is still being continued in territorial waters and Indian Exclusive Zone (EEZ). There is no fear of law or government, and due to negligent use of such destructive gears used by such handful purse-seine owners, it has totally destroyed the nursing grounds of several species of fish and marine ecology,” GRE says.
It says that these Malphe boats from Karnataka are continuously entering the territorial waters of Goa using high-speed engines and scoops in all the fishing by illegal bull trawling methods.
“It is an utter shame that even after the local fishermen have caught these illegal boats and bought them to the notice of the fisheries department, still these boats are conducting fishing without fear of law,” GRE said.
Further, it says, to add our problems the illegal LED light fishing has already commenced and if these continue then we will head towards fish extinction of wild fisheries and soon Goa will join the hands of other countries like Norway, Denmark, Oman, New Zealand, Australia etc where fisheries had come to halt because of such destructive gears.
“Therefore, we demand your good self to implement the ban by taking strict action on Mr Miguel Rodrigues (JoeCons), who first advocated such destructive technology which has been banned in most of the world,” they said.
GRE says JoeCons along with all the members of All Goa Purse-seine Boat Owners (AGPBOA) are blatantly violating the above ban and has also been using high powered china engines having more than 500HP, operating illegal big boats and size without VRC, nets, sonar fishing and other illegal gears to catch fish in the territorial waters of the State as well as Indian Exclusive Zone(EEZ).
“Such illegal boats without VRC could also lead to coastal security threats,” they said.