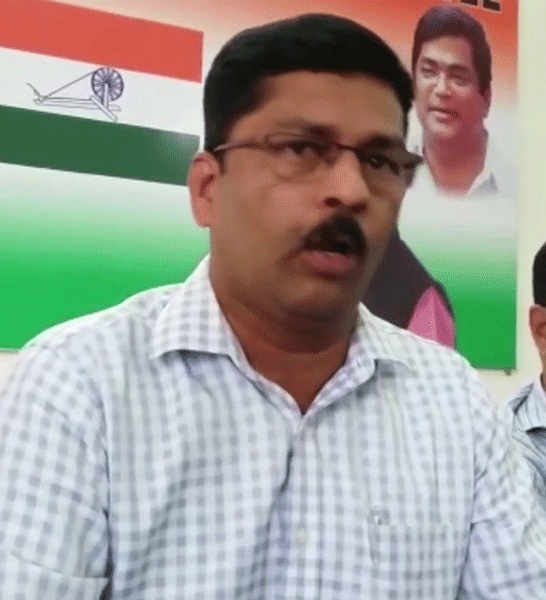 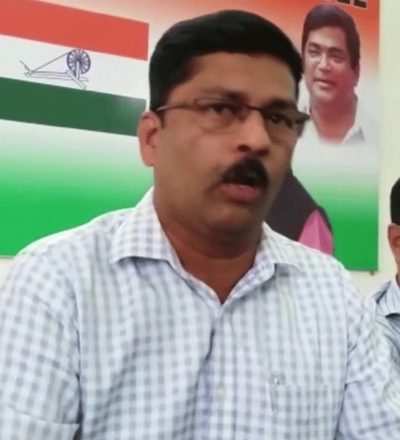 Goemkarponn desk
PANAJI: The decision of the Chief Minister to drop the proposal of pre-marriage counselling mooted by Law Minister Nilesh Cabral is like running away from shouldering the responsibility. This is direct acceptance by the BJP that they have no solution in hand to provide basic comforts to the people charged Congress General Secretary Amarnath Panjikar.
“We welcome the objection raised by the BJP president Sadanand Tanawade on counseling proposal as well as the decision of the Chief Minister to drop the proposal. After canceling the counselling proposal, will BJP stop promoting Political Divorces? questioned Amarnath Panjikar. It is the virus of defection boosted by BJP which has ruined the political system in the Country,” he said.
Congress Party demands that BJP must make its stand clear on our direct charge that it is the failure of the BJP government to provide basic comforts to the people in last nine years which has resulted in increasing number of family disputes, thus leading to divorces stated Amarnath Panjikar.
He said the proposal of counselling mooted by the Law Minister Nilesh Cabral as well as the objection to the same raised by BJP president Sadanand Shet Tanawade is part of the diversionary tactics strategy of BJP to divert peoples attention from the core issues of unemployment, stoppage of mining, downfall of tourism and above all complete mismanagement of Covid pandemic.
“It is only after Congress exposed the BJP over its responsibility, the Chief Minister decided to drop the proposal to avoid more embarrassment,” claimed Amarnath Panjikar.
BJP must organise counselling sessions to its own MLA’s and Party functionaries who are involved in various rape and drug cases and other illegal activities. Counselling needs to be given to the Chief Minister to make him understand that lives of Goans are equally important to those in Sindhadurga, he said.
Panjikar said both the Deputy Chief Ministers need counselling to get rid of “Mission 30 percent Commision” & “Handling of Mobile Phones at Night”. Health Minister needs counselling on “Health is Wealth and not Wealth is Health”.
“We once again demand that Chief Minister must write to the Prime Minister Narendra Modi and BJP President Sadanand Shet Tanawade to their National President J P Nadda to demand counselling to entire BJP team for refraining from encouraging “Political Divorces” by breaking other parties going against peoples mandate,” he says.
He said the Congress Party reiterates that it is the incompetency of the BJP government to provide jobs to educated youth, failure to boost economy and extend support to marginalised sector which has resulted in putting burden on people and pressure on household budgets which in turn have resulted in family disputes leading to divorces.