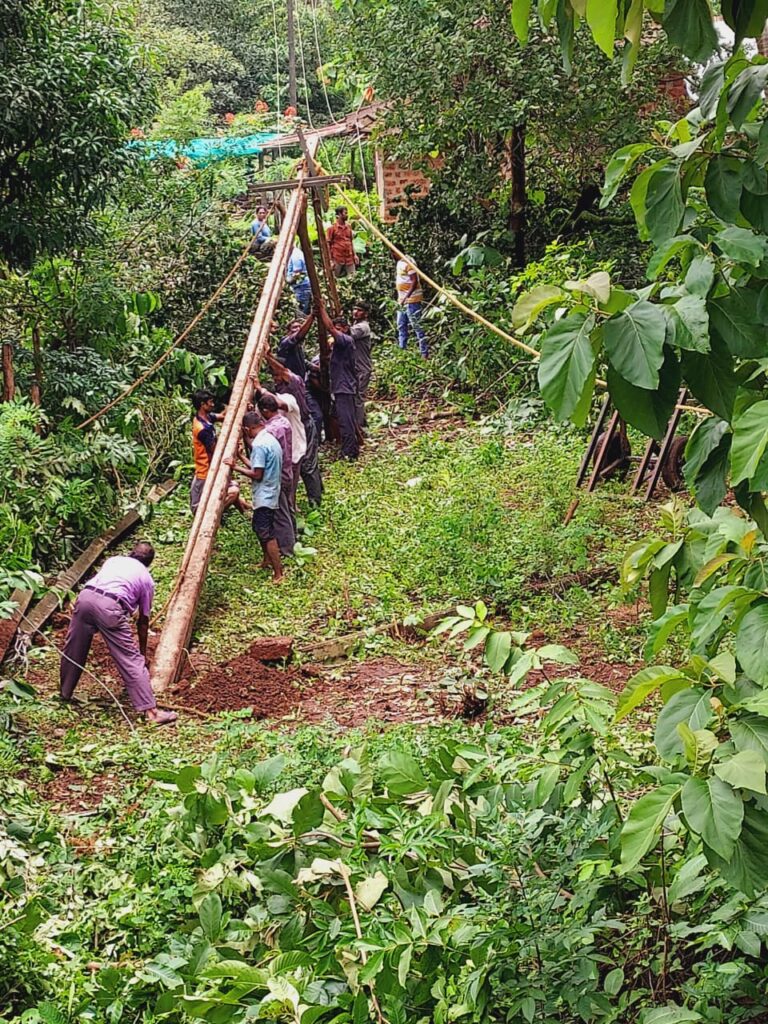 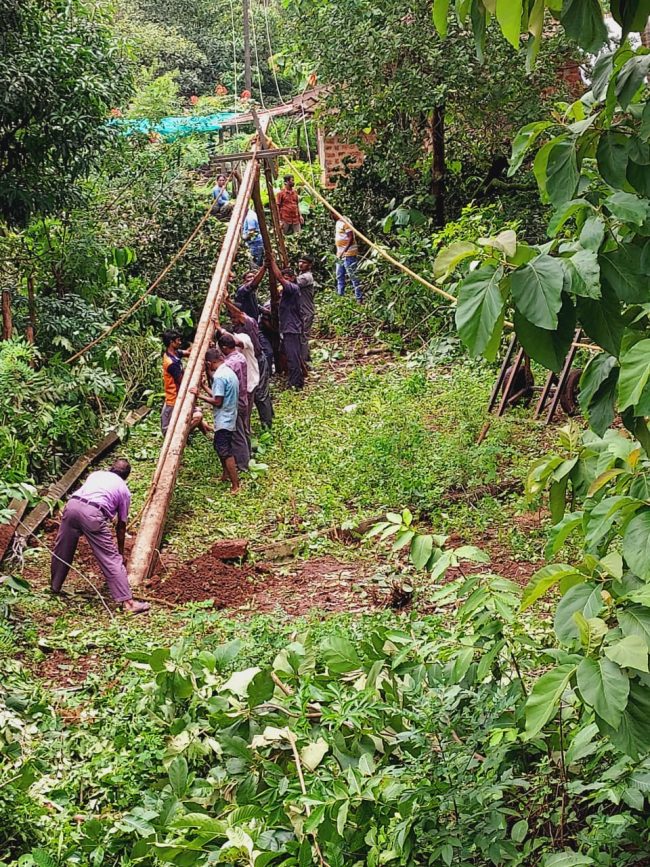 Goemkarponn desk
CANACONA – The twin villages of Agonda-Khola plunged into the darkness on Sunday night after the main supply to the Agonda feeder was snapped due to tree-fall brokedown 11KV High Transmission (HT) Line.
Due to torrential rains accompanied by gusty winds on Sunday night, a Jungle tree got uprooted, breaking down two Electricity Poles on the 33KV HT line at Agonda.
The power supply in the entire Canacona playing hide-and-seek every hour throughout Sunday vanished from the twin villages of Agonda and Khola, throwing both the villages in total darkness.
According to sources, a huge cracking sound came at about 10 pm Sunday night in the Agonda area, while the electricity disappeared and never appeared for the rest of the night; while Power Department personnel were seen moving around trying to restore the supply, but gave up after two poles on the HT line were found broken at Karashir-Moll (Agonda).
Incidentally, the restoration works began Monday morning with the personnel bringing in two poles and racing against time to replace the broken ones.
When contacted, Canacona Electricity AE Sanjay Naik informed the entire supply is cut off to the Agonda feeder as the main line itself is down after a tree fall broke two Poles and works are taken on a war footing to restore it.
“Efforts are being made to restore the supply at the earliest possible but, considering the works involved, it may take a whole day to erect the Poles and pull the lines,” he said.
Incidentally, a working party of around 10 people besides departmental staff directly supervised by the departmental officers are seen racing against time to re-erect the poles and pull the alignment lines.