All trains will come to Vasco from December 22: Salkar 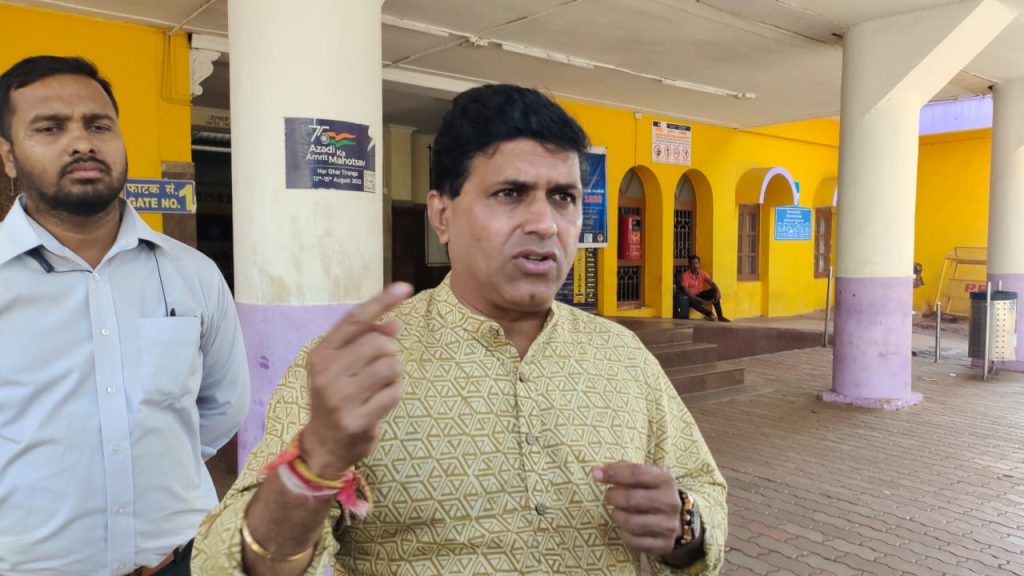 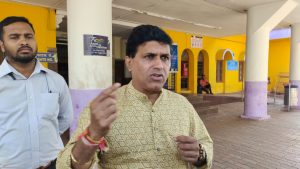 Goemkarponn desk
VASCO: Vasco MLA Krishna Salkar on Tuesday assured that trains that have stopped arriving in Vasco due to technical issues will start soon.
Salkar speaking to reporters at Vasco, said that inconvenience caused to commuters and businessmen, especially taximen, is short term as the safety of the public is a top priority.
“There is an issue with signals between Castle rock and Vasco, and this is why some of the trains have stopped arriving at Vasco. We have already written and requested the railways’ authorities to start the trains because this is the peak season, but they explained that a train carries around 1000 passengers, and in case there is an issue with a signal and there is an accident, we will have to suffer and that they did not want to take a risk. This is a dangerous situation, and we cannot risk the lives of innocent people, and they have said that works from Vasco are almost ready, and the trains will start by Thursday,” said Salkar.
“I understand that there are many people who make a living from these trains, like businessmen, especially taxi operators, but we would like to request them to be patient for a few days because public safety is of first priority,” he said.
He said he has already spoken to the DRM of the Railways, and they have assured him that the train service will start in two days, and this will clear all issues of the businessmen and taxi operators.
“Many commuters have also met me, and I have written to the Railways about the concerns of the people in the peak tourism season. We have to look at the safety of the people, and we can’t ignore the lives of innocent passengers for a few days till trains resume service again .any have been confusing the reason to be double tracking, but I want to inform that this stoppage of trains is presently for signalling issues only. The works on double-tracking has never stopped the trains from coming to Goa, but it is only the works on signalling that has caused the stoppage of trains,’ said Salkar.