ALLIES in ASSEMBLY, RIVALS in PONDA

PONDA: MGP backed PMC Chairperson Geetali Talavalikar and Jaya Sawant were voted out by 9-0 votes.
The no-confidence motion against them was brought by 8 Councillors last week and came for discussion today. Chairperson Geetali Talavalikar took charge on 11th January this year and enjoyed the post of Chairperson for around three months.
The ouster of Geetali is considered a blow to MGP and its leaders.
Councillor Vishwanath Dalvi said the reason for removal as Chairperson/ Vice-Chairperson were not taking them into confidence while taking up development works.
They also said the new Chairperson/ Vice-Chairperson would be decided soon. With the support of CM Pramod Sawant and Minister Ravi Naik, the councillors hope to bring the development of Ponda. 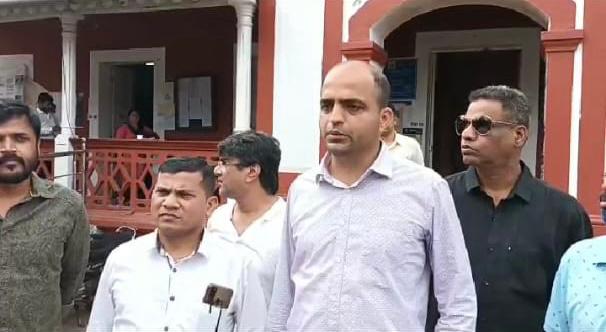 After her removal, the hot discussion among Pondaitees is whether Ritesh Naik, son of Minister Ravi Naik, will finally become the next Chairperson of PMC?
Ritesh’s name was discussed for the post for the past two years when he and two other councillors had resigned Congress party and joined the BJP.
It was also speculated that Ritesh would be given a ticket; however, his father, Ravi Naik, joined BJP before the 2022 Assembly Election and won the Ponda seat for BJP’s first time.
Meanwhile, there was a lot of effort to make Ritesh Naik Chairperson of Ponda in the past two years.
He had contested the Chairperson election but lost it, as Councillors from rival groups failed all his effort. However, as his father, Ravi Naik, is now a Minister in Government, locals in Ponda feel that all roads are clear for Ritesh Naik to become the next PMC Chairperson, which would be one step forward and will make him a probable solid candidate to contest assembly Election in 2027.