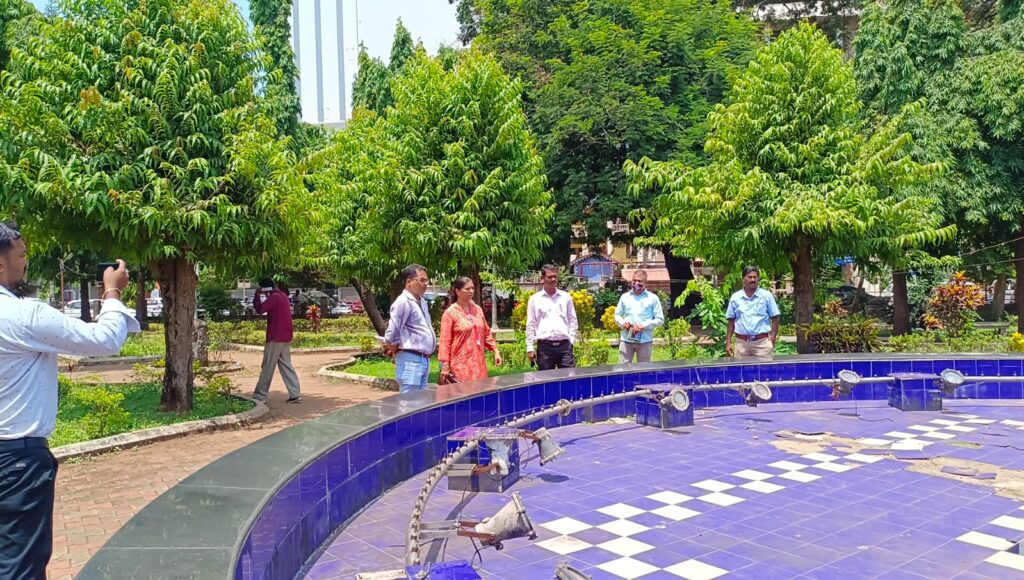 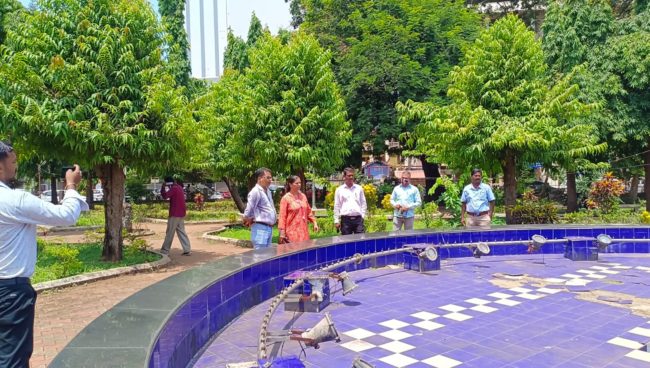 VASCO: City Councillor inspected the Municipal garden, which will soon be taken up for beautification. Major illumination, functional fountain, etc. are likely to be a significant attraction for the visitors, says City Councillor Shami Salkar.
On Friday afternoon, City Councillor Shami Salkar and the engineers of one private organisation who will be beautifying the municipality garden under Corporate Social Responsibility (CSR) conducted an inspection of this garden to overlook the garden’s present condition.
After the inspection, when asked City Councillor Shami Salkar what she proposes to do to beautify this garden, Salkar said that this garden will once again have its acche din. Soon the garden will be beautified with proper illumination work and making the existing fountain functional, which is currently in bad shape.
She further said that one private organisation will do this beautification work under the CSR initiative. Salkar also added that presently the garden badly needs a facelift with a proper drinking water facility and washroom facility for the visitors, which most likely will be included.
The present condition of this municipality garden is very bad with improper illumination, lack of security during night time, overgrown plants and tree branches which needs immediate attention.
During the inspection, there was also discussion on the desilting and revival of one well existing in the side of this garden. The same well water could be easily used to water the garden and even for drinking purposes.
Then another issue came up: putting security and toilet facility at this garden too.