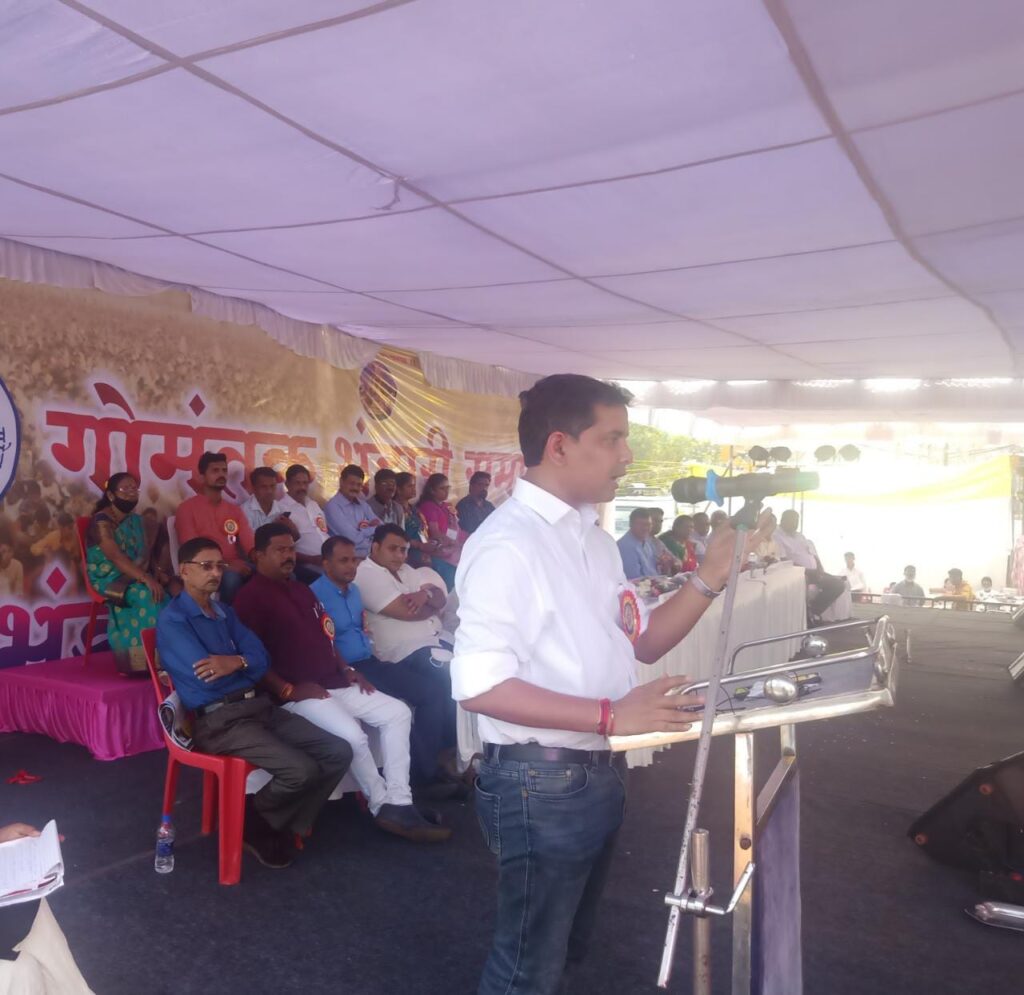 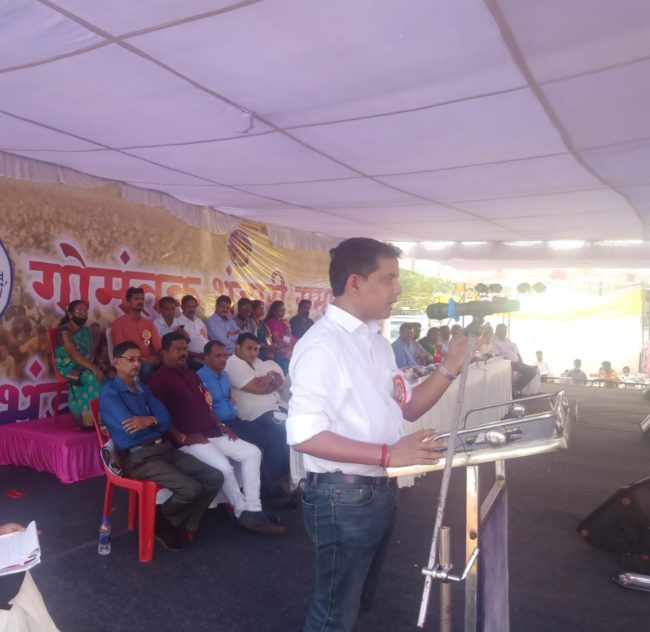 Goemkarponn desk
CURCHOREM: AAP leader Amit Palekar called for the Bhandari samaj people to unite and fight for their rights. Leaders of Bhandari community opined that they have the right to contest in 18 out of 40 seats. Bhandari Samaj will support the party that nominates Bhandari Samaj’s candidate in the forthcoming Assembly elections.
During this convention meeting, Aam Aadmi Party leader Amit Palekar said that the condition of our society is such that every national party has used us (Bhandari) like cows.
He further said that people of every Bhandari community and Bahujan community should come together with all religions along with Hindu, Christian and Muslim to prosper for better.
Palekar also said that we Bhandari should wake up now and get rid of the fear in our minds. We should think 1/3 of our population in Goa belongs to Bahujan Samaj, and due to under-writing, this is our situation.
“In fact, we are an integral part of our society. If we change our minds about this, then we will change, and our society will change. We need to come together and unite,” said Palekar.
Ashok Naik, president of Gomantak Bhandari Samaj, said that the Bhandari Samaj would support any party which will field a majority of candidates of Bhandari Samaj in the forthcoming assembly elections.
Naik added that we have taken steps to ensure that no more illegal activities occur in each of our talukas regarding issuing illegal samaj certificates and the migrant who is changing the name with Bhandari samaj and taking samaj certificate as local of Goa state,” Naik said.
He further said that as per the population of our community, our samaj representation in the assembly should be 18 MLA’s and that candidature in 18 constituencies where the Bhandari community is more fraternal.
We should get our rightful share no matter which party it belongs to. At present, we have seven MLAs from Bahujan Samaj in the Legislative Assembly. Now, if we want to get our rights, we have to fight for 18 seats.
18 MLAs should belong to Bahujan Samaj, and for this, we need to become in power, and it is possible only when we will come into power unless we come together and It is our duty to cooperate,” Naik added.
On this occasion, speeches of other leaders were also held. Although the turnout at the Gomantak Bhandari convention in Curchorem was less, the BJP, Congress and AAP leaders were on the same platform and all the Bhandari leaders were present at the venue.