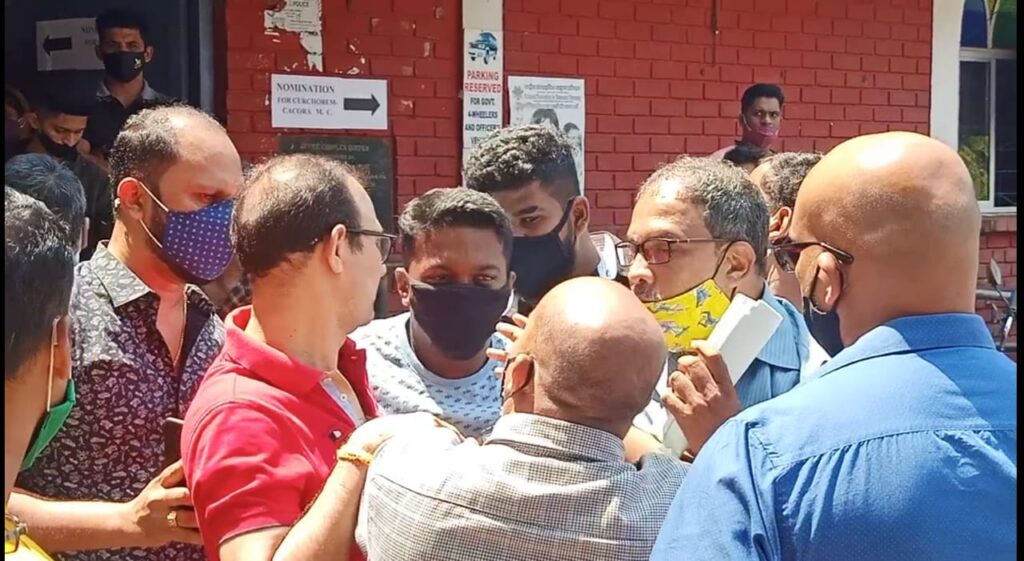 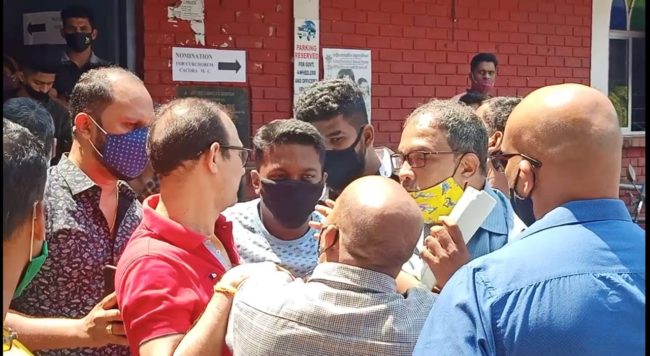 Quepem: Tense situation prevailed at Quepem as a group of BJP party orkers and candidates tried to stop a candidate Ramesh Naik from filing nomination from ward l (OBC) for Quepem Municipality elections.

With only half an hour remaining for filing nominations a drama unfolded at the Deputy Collector’s office in Quepem as BJP workers and Congress supporters came to clashes.

This tussle went for atleast for 20 to 25 minutes. As the situation went out of control Quepem Deputy Collector Nilesh Daigodhkar and Mameldar Laxmikant Desai intervened and separated the two groups and directed Quepem police to remove them from premises.

Naik, who sustained minor injuries on hand was given medical treatment.

“In democratic country nobody can stop anyone from filing nomination. What happened today is unacceptable,” he said.

Ramesh Naik said, “I came to filling nominations from ward Number l(OBC) but when entered the premises they pushed and tried to pressurise me not to file nomination.”

He added, “they assaulted and manhandled me. I was totally surprised that our own friends are going against me for political greediness and selfishness. Today what happened everyone has noticed.”