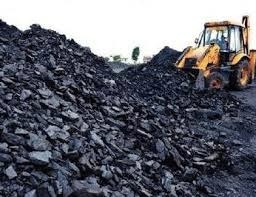 Goemkapronn desk
PANAJI: The Bharatiya Janata Party (BJP) Goa Pradesh has asked Congress to do its homework before speaking on any issue. Shri Rahul Gandhi has blamed the BJP for allowing a coal hub in Goa. We want to take him back to the time when Shri Digambar Kamat was the Chief Minister of Goa in 2007. He had granted permission to expand coal handling twice during his tenure.
“Kamat had not only allowed the expansion of coal handling capacity at Mormugao Port Trust, but it was even granted environmental clearance by the Goa State Pollution Control Board. Where does the BJP come into the picture here? Congress should stop misleading the people of Goa,” the BJP said in a press note issued here.
BJP said that the Goan had taught Congress a lesson by throwing it out of power after that because this Party had encouraged all sorts of misdeeds, corruption, unemployment and underdevelopment.
“It will meet the same fate this time too. The people of Goa will not get hoodwinked by Congress’ tricks. Gandhi’s remark on Goa’s tourism scene is self-explanatory. He is a frequent visitor to Goa. He and his family often spend their vacation here, so who better than the Gandhi family can tell you about tourism,” BJP says.
It says that BJP has brought all-around development and Tourism is one of these sectors.
“Unemployment was rampant in Congress’ tenure. BJP created government jobs and recruited eligible candidates. It also encouraged self-employment and encouraged youth for setting up Start-Ups. On the other hand, Congress tried to distance Goans from their right to jobs, which led to a huge brain drain,” it says.
Further, it says, Law and order have been at their best during the last 10 years. We had tightened the noose around criminals who were a nuisance when Congress was in power.
“We converted a lawless State into a lawful Goa,” it says, adding, “Congress should refrain itself from making baseless allegations against the BJP and cheap stunts to win the polls. People of Goa are aware of which Party has committed itself to them and its BJP”.