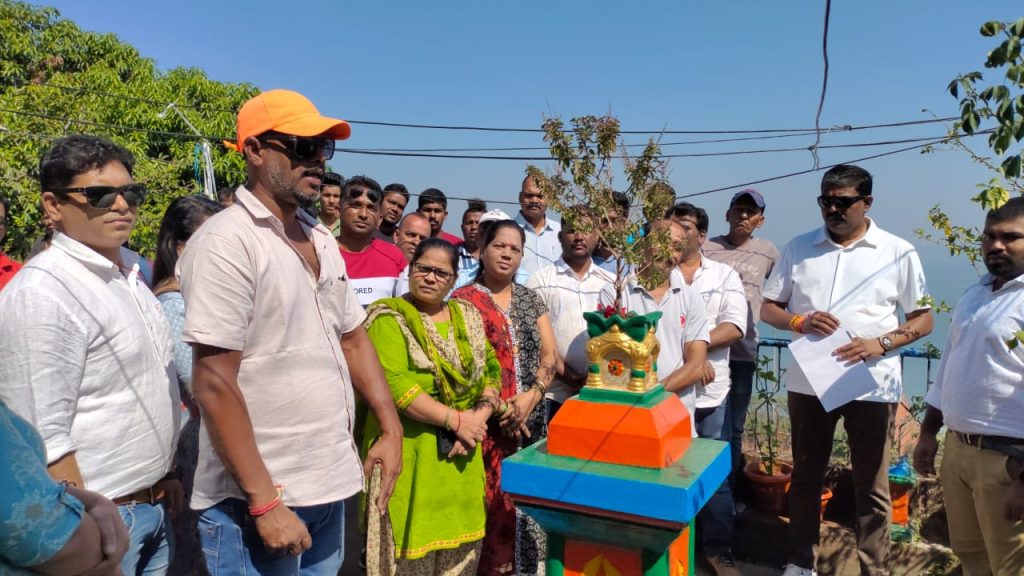 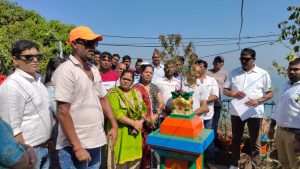 Goemkarponn desk
VASCO: People living in fear at Bogda due to a landslide have now breathed a sigh of relief after Mormugao MLA Sankalp Amonkar launched the works to take up retaining wall on Wednesday and rock bouldering works at Ward no 5 and 6 at Sada.
Speaking to the media, Amonkar said that the project was worth Rs 3 crores and taken through GSUDA.
“We have seen that every year several houses in the area get notices of evacuation claiming that there is a danger of landslide and the people always live in fear. However, after being elected as the MLA, I had planned to ensure that we work on having a strong retaining wall in this area,” he said.
He said he would thank the CM, Dr Pramod Sawant and the double-engine Government of the BJP in Goa for considering my request and sanctioning this work.
“The works will be taken up across various areas of wards no 5 and 6, wherein we will take rock bouldering and a retaining wall through a contractor of GSUDA. This work will start today and will be completed quick time, and we have also appointed local residents to supervise the work done by the contractor. This is an initiative to offer strong stability to the people, and I have asked the contractor to expedite these works,” said Amonkar.