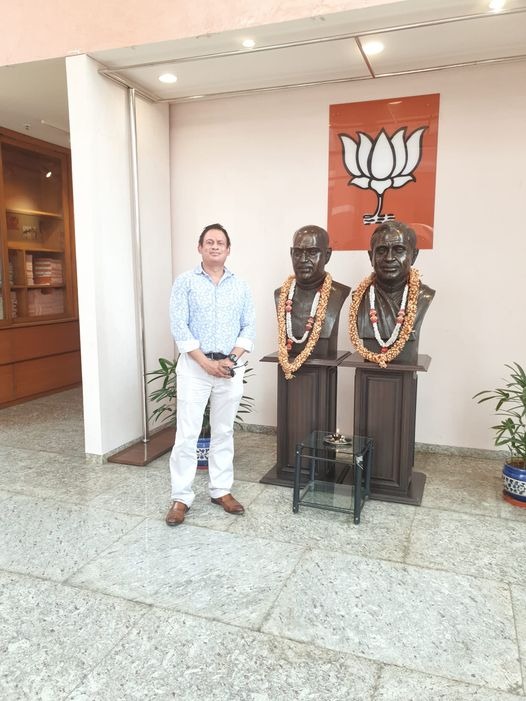 Goemkarponn desk
CALANGUTE: Businessman Ricardo D’Souza has finally decided to throw his hat in the ring for the forthcoming Assembly polls in 2022.
Popularly known as Ricky, took to social media to announce that he would be contesting the polls.
He, however, did not mention whether he is contesting from Calangute or Siolim.
“For those who are asking why I am contesting elections this time…Not really in this Political drama for myself. I will offer to serve the people for 5 years as a token of gratitude for what this country gave me,” he said. He says then he will leave and it is up to the people to decide if they want him.
He adds, “No bribes will be distributed by me. One free apartment per family is really payback from businesses to the extra stress laid on Utilities and Facilities. . If I lose, I will be even happier to be relieved of this huge burden and free to carry on my existence in peace elsewhere”. He further says, “If I am chosen then much change needs to happen in Goa. Goans should be allowed and encouraged to be given equal preference to run all businesses. No discrimination against big business but certainly no monopolies as well”.
Interestingly Ricky has also met BJP top leaders in Delhi and is expected to join the party.
If rumors of Minister Michael Lobo joining come true then Ricky could be a BJP candidate in Calangute, experts say.