CABINET STATUS: Govt not to appoint any staff for Rane till HC passes order 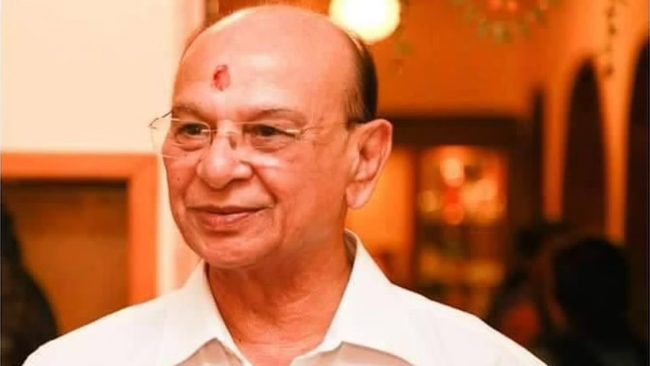 PANAJI: A Division bench of the Bombay High Court at Goa comprising Justice M.S Sonak and Justice R.N. Laddha today fixed for final hearing on June 21st the petition filed by Ribandar based Adv. Aires Rodrigues challenging the constitutional validity of the notification issued on January 7th this year bestowing Lifetime Cabinet status on former Goa Chief Minister Pratapsingh Raoji Rane.
Today, the Goa Government told the Court that it would not appoint any staff for Pratapsingh Rane or incur any expenditure on his Lifetime Cabinet status until the matter is adjudicated and finally decided by the High Court.
At today’s hearing, the Goa Government was represented by Advocate General Devidas Pangam and Mumbai based Senior Counsel Adv. Mustafa Doctor appeared for Pratapsingh Rane while Adv. Aires Rodrigues argued in person.
Adv. Aires Rodrigues today submitted to the Court that the bestowing of lifetime cabinet status on Pratapsingh Rane was an assault on the Constitution of India and that the annual financial burden on the taxpayers would be around 115 lakhs a month on just the salaries of those 18 staff proposed to be assigned to Pratapsingh Rane.
Adv. Aires Rodrigues, in his petition, has drawn the High Court’s attention to how the Goa cabinet hurriedly resolved on January 6th this year to confer Pratapsingh Rane with an unprecedented lifetime Cabinet status.
Drawing the Court’s attention that there was no legal power vested in the Government for conferment of such lifetime Cabinet status and that it cannot be made in the garb of exercise of executive powers, Adv. Rodrigues, in his petition, has stated that the notification according to Cabinet Status to Pratapsingh Rane was illegal, without jurisdiction, and void.
Expressing concern that Political patronage seems to be the order of the day, Adv. Rodrigues has further stated that the conferment of Cabinet status on Pratapsingh Rane was malafide, a colourable exercise of power in tearing hurry for political patronage and thus bad in law.
Adv. Rodrigues, in his petition, has also given the High Court complete details of BJP’s Goa in-charge Devendra Fadnavis’s visit to meet Pratapsingh Rane at his residence on September 21st last year and to the December 22nd 2021 selection of Pratapsingh Rane as the Congress candidate from Poriem which he on January 27th this year declined to contest just days before the deadline to file the nominations for the Assembly elections which were held on February 14th this year.
Besides an official car, residence and free travel at the cost of the State, the 83-year-old Pratapsingh Rane will now for life, be entitled to 18 staff at his service. Two Officers on Special duty, one Advisor, one Under Secretary, two Private Secretaries, a Personal Assistant, three Junior Assistants, two Computer-cum- telephone operators, two drivers and four Multi-Tasking staff. In addition, he would also be entitled to two personal security officers and five policemen at his residence.