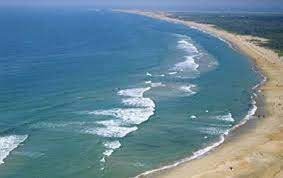 Goemkarponn desk
PANAJI: Environment Minister Nilesh Cabral stated that the Centre had, in principle, agreed to three major issues the removal of port limits and structures and notification based on the 1:4000 scale.
He also assured the House that the Sand Dunes would be re-surveyed in the coastal areas.
The question of san dunes was raised by Fatorda MLA Vijai Sardesai, who said that all sand dunes had been shown only in South Goa and nothing in North.
He said that the traditional fisherman is in a fix. Neither they can do fishing nor they can do shack business.
“If sand dunes are shown, the poor fisherman cannot even put shack or not even a beach bed is allowed. Do you want to finish traditional business,” he said.
To this, Cabral said, “the sand dunes survey would be redone and submitted to NCSCM.” 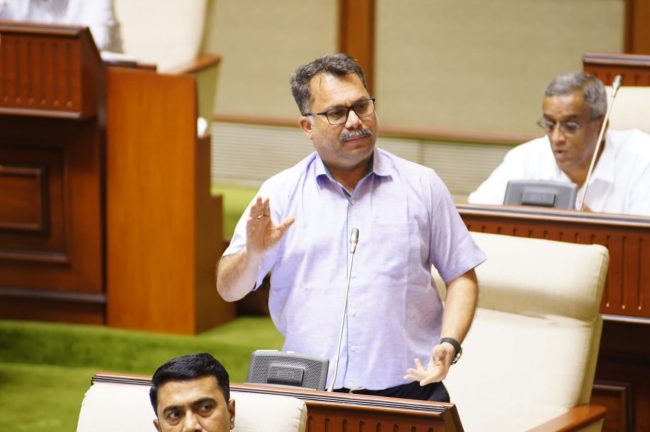 Cabral, however, has failed to give any assurance on notification of CZMP.
Cabral added, “Centre had in-principle agreed to three major issues that removal of port limits and structures and notification based on 1:4000 scale,” said Cabral.
He said that the shape file of CZMP is prepared by National Centre for Sustainable Coastal Management, Chennai (NCSCM), but the same has not been shared with GCZMA.
“National Centre for Sustainable Coastal Management, Chennai (NCSCM) has modified the Draft CZMP 2011 after July 8. After perusing the objections/suggestions from public, the GCZMA in its meetings deliberated & decided to recommend the National Centre for Sustainable Coastal Management, Chennai (NCSCM) the following modifications on Draft CZMP,” he added.
“Non-Depiction of Port Limit, Non-Depiction of structures, Depiction of only approved development/structures such archaeological & heritage sites, jetties, ramps, lighthouse etc. The above modifications are incorporated in Draft CZMP 2011,” he added. 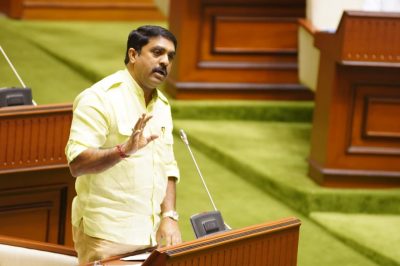 Cabral said that all the heritage structures identified by the Department of Archives and the Department of Fisheries have been shown in the Draft CZMP 2011.
“Only archaeological heritage sites, structures like lighthouses, beacons, infrastructure pertaining to fisheries and ramps of the river navigation department will be depicted in the plan,” he added.
The Goa coastal zone management authority (GCZMA) and state government, therefore, recommend that only those structures as provided in the GCZMA’s shape file and that all other structures need not be depicted to avoid legal complications.
A six-member NGT bench headed by Chairperson Adarsh Kumar Goel, in an order passed on April 11, noted that in spite of the CRZ Notification being issued in January 2019, the CZMPs 2019 have not been finalised and approved for 11 States and Union Territories.
Based on the submission made by the Union Ministry for Environment, Forest and Climate Change (MoEF&CC), the Bench also observed that CZMPs 2011 of all coastal States except Goa have been approved under the provisions of the CRZ Notification, 2011.
MLAs Vijai Sardesai, Aleixo Sequeira, Carlos Alvares Ferreira, Yuri Alemao, Sankalp Amonkar, Altone D’Costa, Viresh Borkar, Cruz Silva and Venzy Viegas raised the issued to the Minister for Environment about the fear and anxiety in the minds of people because of the delay in finalizing the Coastal Zone Management Plan, particularly the identification of sand dunes, and the impact it will have on local fishing activity, trade and environment.