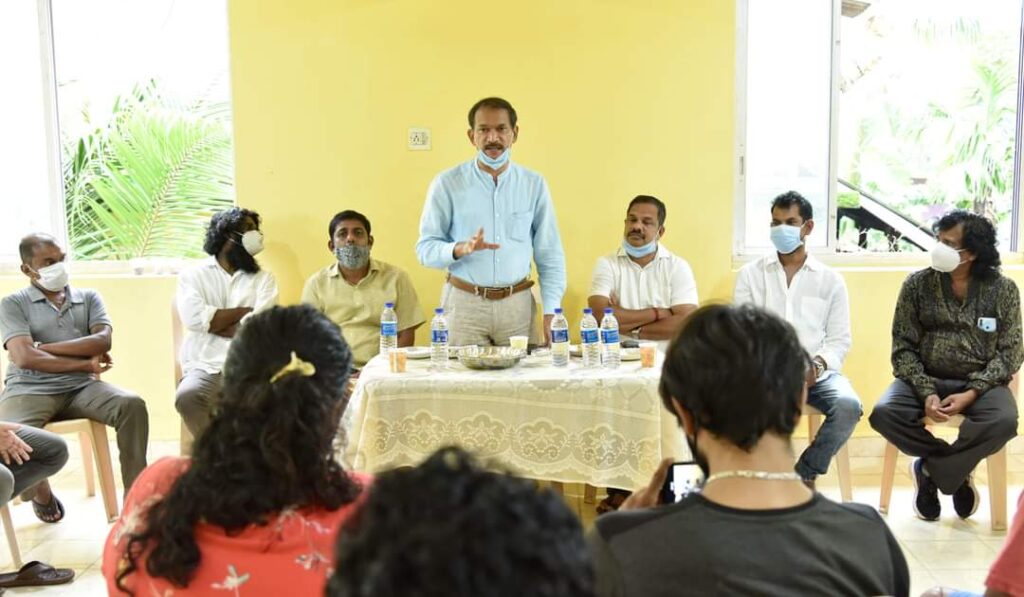 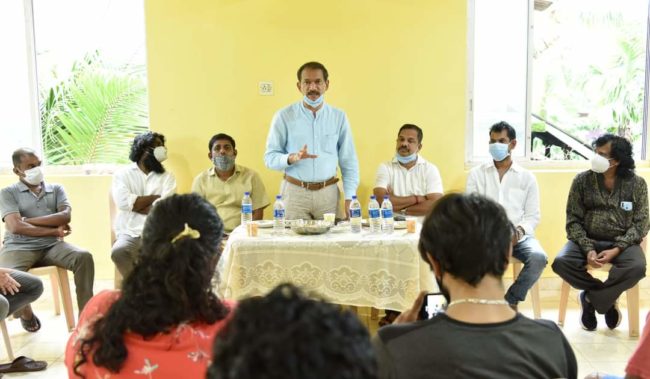 Tivim – Congress Party is coming to power in 2022 with huge mandate from the people of Goa. The countdown of corrupt, insensitive BJP Government which pushed Goa into crisis
has already begun. The corrupt business interest of Chief Minister Dr. Pramod Sawant and mass corruption of Health Minister Vishwajit Rane resulted in Covid Disaster in Goa charged Congress President Girish Chodankar addressing a meeting of Congress Functionaries at Tivim today.

He was addressing a meeting of the party functionaries at a meeting organised by Tivim Block Congress Committee.

He reassured them that defectors will not be given congress tickets. He said it is the duty of all Goans to kill this virus of defections permanently from Goa.

I am happy that Tivim Block Congress Committee headed by Uday Salkar is consistently doing activities of helping people in need in this critical times of Covid pandemic. Tivim Block deserves compliments for being the voice of the people and protesting on rising fuel prices etc. You must keep up the good work Girish Chodankar said.

I appeal to all the Block Members to work tirelessly to enroll maximum people in Congress Party. Today, leaders from across Goa are eagerly waiting to join Congress. We will make a difference in Tivim Girish Chodankar hinted at a political gameplan keeping the cards close to his heart.

Chodankar reviewed booth committee formation and membership drive. He also reviewed working all frontal organisations of the block. He also guided block for preparing for assembly election. He said Tivim is congress strong hold and we have to retain it. He urged members to approach loyal and veteran congressmen to seek their guidance to strengthen Tivim Block.