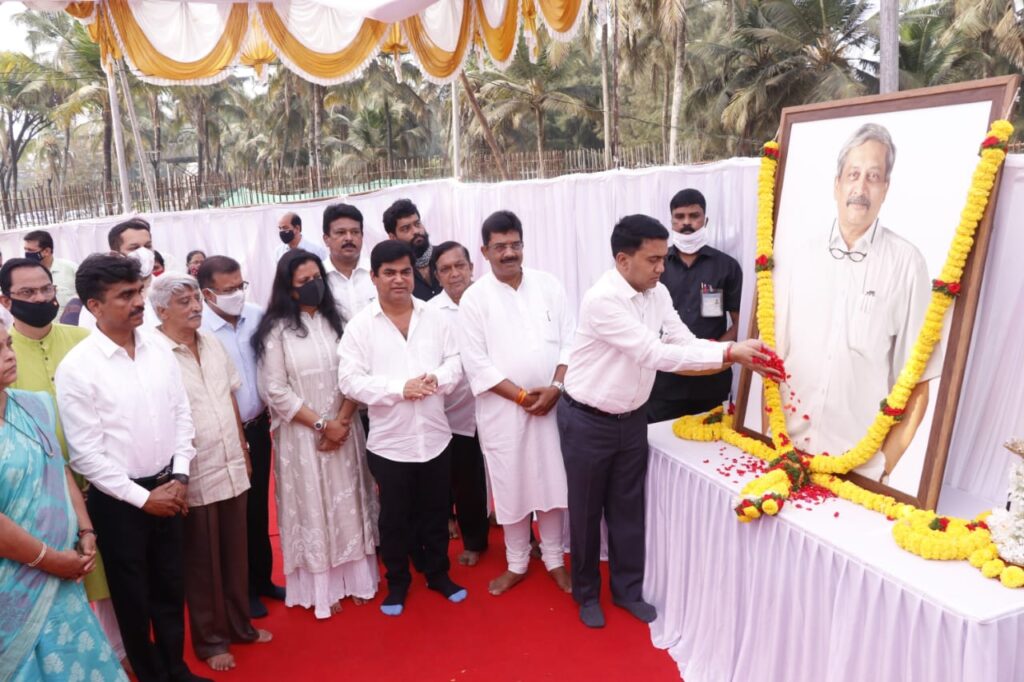 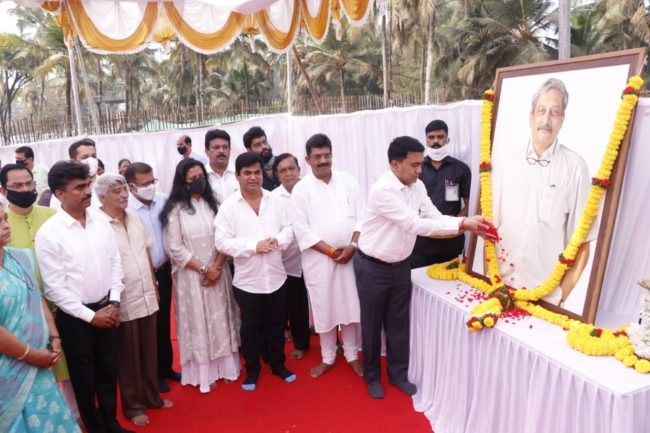 Sawant along with his cabinet colleagues and State party President Sadanand Shet Tanavade paid floral tribute and also garlanded his potrait at the memorial.

Family members of Parrikar, including his elder son Utpal.

Speaking to media, Sawant said that it’s been two years since Manohar Bhai left us but the vast vacuum that was created post his death, is yet to be filled. He said that Bhai will always be remembered and continued to be missed.

The Chief Minister said that Parrikar always believed in people-friendly Governance and the same principle is been followed by his government.

Parrikar’s contribution towards infrastructure development, educational reforms and human development is immense and we would like to go ahead with the same.

Speaking about Parrikar memorial, Sawant said that due to Covid pandemic, the work was stalled.

Instructions have been issued to the Goa Infrastructure Development Corporation to complete the project in next five-six months, he said.

The foundation stone for a memorial dedicated to Parrikar was laid on December 13, 2019