CM Sawant rejects AAP’s challenge to adopt schools:* I do not need any advise from a political party on running govt schools: CM 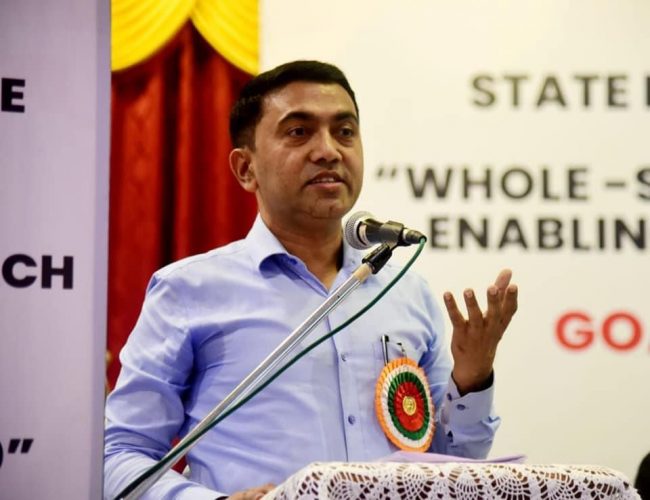 Goemkarponn desk
PANAJI: Chief Minister Pramod Sawant today said that he does not need any political party advice on running the government schools.
CM Sawant was reacting to statements made by various political outfits on the merger of government schools.
“I do not need any advice from a political party on running the government schools. The state government is capable of running government schools,” said CM Sawant.
He further said that his government is not interested in just the buildings of the schools but the quality of education.
“Many government-run schools have four to five students, and the quality of education question arises. We are just in a planning state and are consulting PTA and all stakeholders,” he added.
Chief Minister said that school mergers could hold the state government to provide better facilities, including transport.
The state government has expressed its willingness to merge schools with a poor enrollment of students with aided schools. However, CM Pramod Sawant remarked that the proposed move should not be politicised.
“We are ready to merge government schools with low student enrollment with the aided schools, but there should be no opposition. There have been criticisms in the pasts about the closure of such schools with some parents opposing the move and at times, some in the villages, pick it up to make it a political issue,” he had said.