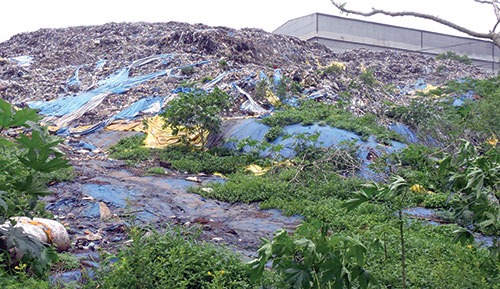 Goemkarponn desk
Porvorim: Even as the Opposition slammed the government for dilly-dallying on the Sonsoddo issue, the Chief Minister Dr Pramod Sawant said that the solution to the age-old issue will be out soon.

The CM chaired the High Powered Committee meeting at Secretariat.

“Right now I cannot say anything as the Code of Conduct for municipal polls is in place. But we have already discussed the option, which I cannot reveal,” Sawant said.

Curtorim MLA Alexio Reginald Lourenco, however, gave a contrasting statement saying no improvement is expected in near future.

“I am not having any hope on this government and committee. THis is just waste of time. We have given several solutions but all are being overlooked,” he said.

He said that MMC and his office has extended total support to the government but there is no solution from government side.

“No major decision taken as there is code of conduct in place. We have given our suggestion,” he said.