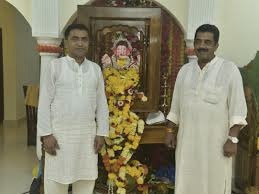 PANAJI: At the backdrop of a huge response from the voters today, the Bharatiya Janata Party (BJP) Goa Pradesh has expressed its wholehearted gratitude to the Election Commission of India, Chief Electoral Officer, Government Machineries and the Media for ensuring a smooth polling process.
BJP State President Shri Sadanand Shet Tanawde has applauded one and all for working tirelessly to make the voting process a grand success.
“Goa saw a record voting for the Assembly polls, held today. We are grateful to all our Goans, Election Commission, Central Armed Police Force, Goa Police, officials from various government departments and the media for putting in their hard work to make this day a memorable one,” he said in a press statement.
He elaborated on how this machinery has worked tirelessly for the last three months to ensure smooth elections.
“The authorities ensured the election process went smoothly and also took care of COVID-19 appropriate behaviour. They all need applause,” Tanawde added.
The Election Commission of India’s guidelines were also adhered to, and the flying squads succeeded in maintaining them.
Chief Minister Dr Shri Pramod Sawant and Tanawde also thanked the people of Goa for a huge turnout.
The efforts of the Office of the Chief Electoral Officer to encourage more and more people to exercise their franchise as well as that of the BJP-government has paid off.
This was evident from the overwhelming turnout of the voters across all the polling stations.