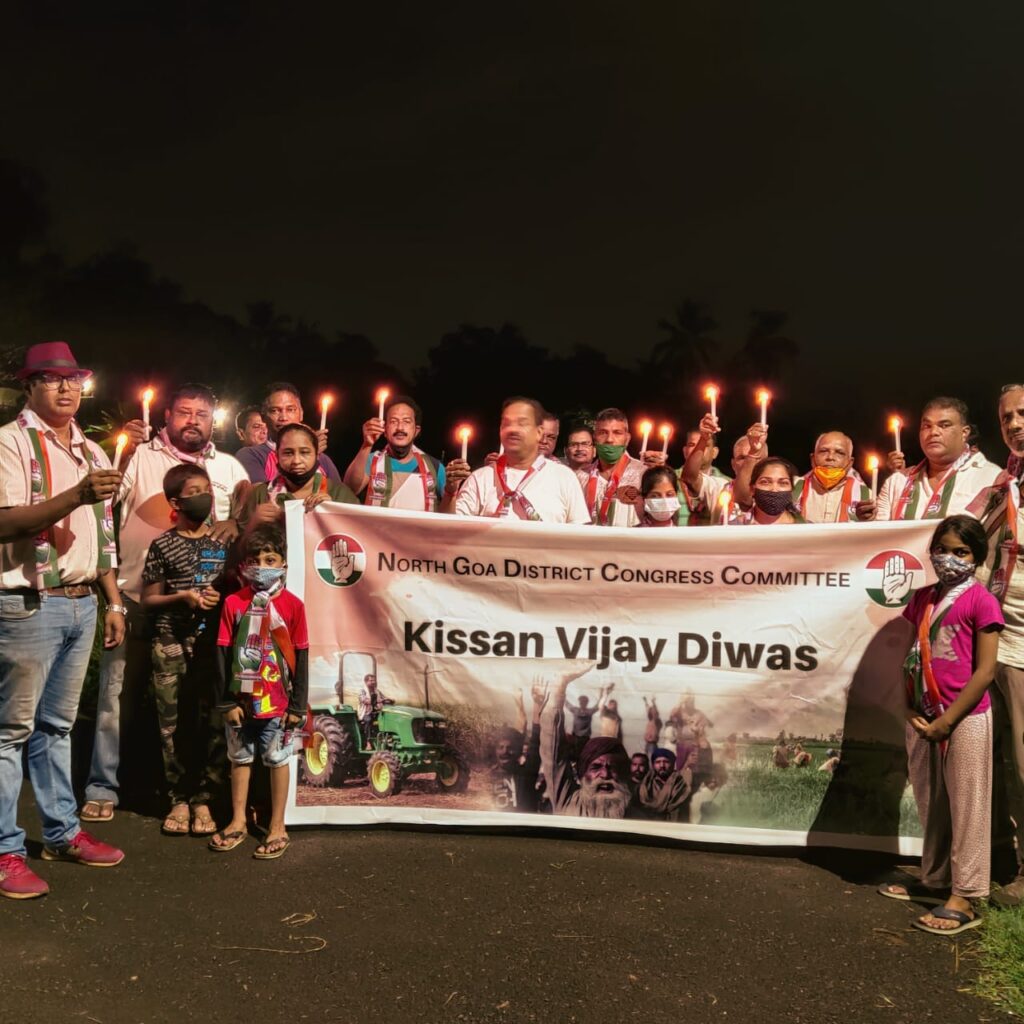 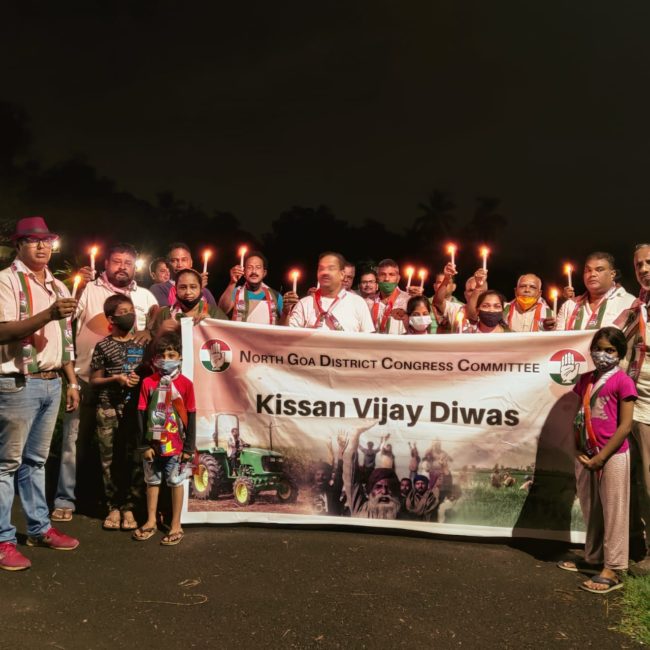 Goemkarponn desk
MAPUSA: North Goa District Congress organised a candle march in Cumbharjua constituency at St Estevam in the memory of the farmers who died during the almost year-long agitation demanding the rollback of the three contentious farm laws.
The candle march was organised by the Cumbharjua Block Congress and started at the St. Estevam three road junction on Tuesday evening. The gathering observed one-minute silence for the martyred farmers who fought relentlessly.
While the North Goa Congress District Committee President, Vijay Bhike highlighted that they carried out this peaceful Candle March in solemn remembrance of the 700 martyred farmers who sacrificed their lives to scrap the ‘Evil Farm Laws’ introduced by this BJP government.
“The BJP government tried their best to humiliate and destroy the farmers, but in the end the truth prevailed. Today we paid our tributes to the farmers who were martyred in the farmers’ movement. The farmers from Goa are very thankful to our Congress leader Rahul Gandhi who made the government realise the power of the farmers,” said Bhike.
The Cumbharjua Block President, Vishal Volvaikar highlighted that they gathered to pay tribute to martyred farmers. “They continued their movement despite the several hardships they faced. The put pressure on the government to withdraw these laws,” said Vishal.
Vishal Volvaikar compared the event. While the farmer’s well-wisher, Amrutrao Bhosle; Mahila State Secretary, Renita Fernandes and panch member from St Estevam, Alphonso also spoke at the occasion.
Also present was the General Secretary DCC, Domnic Fernandes; General Secretary Block, Vivek Pinto; Secretary Block, Roland Rodrigues; Panchayat in charge, Prashant Volvaikar; Cumbhajua Block Treasurer, Vincy; panch members and other karyakatas.