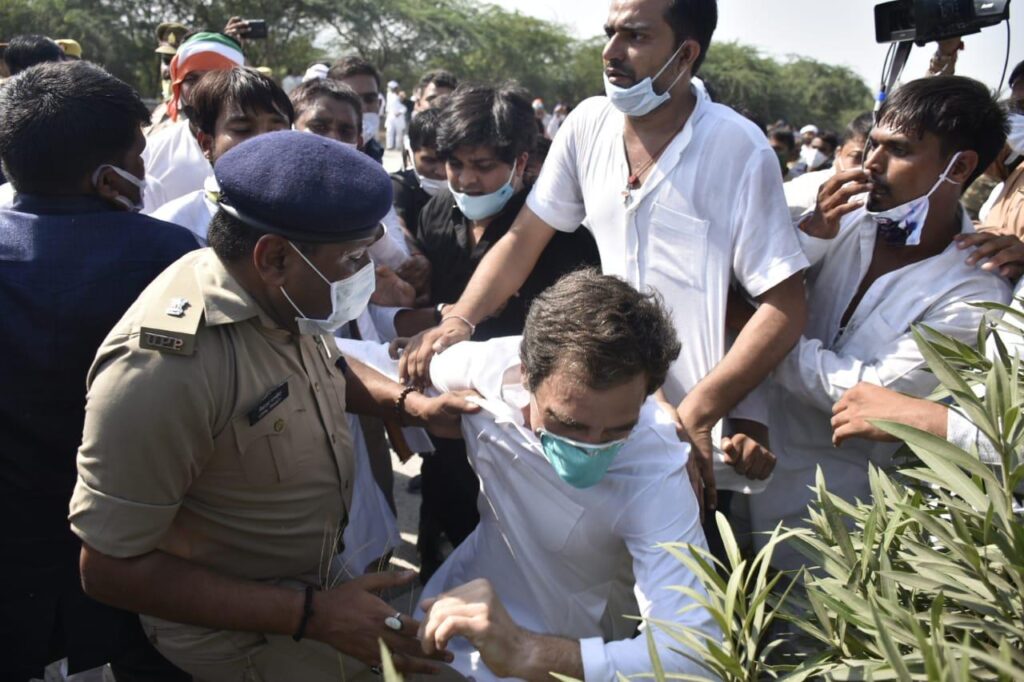 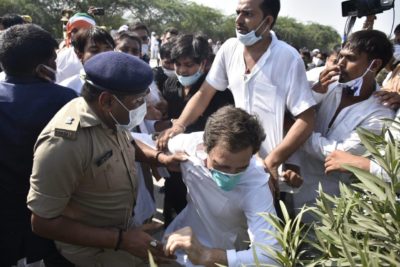 INC Goa strongly condemn the manhandling & arrest of our former president Rahul Gandhi by BJP Government using UP Police when he and our General Secretary Priyanka Gandhi were on their way to Hathras to meet family of victim of the 19 year old girl who was brutally raped and murdered by the goons of UP. Today, in BJP Raj sharing grief has become crime in India. The voice of outraged nation can’t be suppressed with high-handedness stated GPCC president Girish Chodankar.

I strongly condemn assault by UP Police on our leader Rahul Gandhi who is fighting to get justice for Hathras rape victim.
Under which law he & Priyanka Gandhi were arrested? Why they are not allowed to meet victim’s family? Is this the new Beti Bachao of BJP Government? questioned Leader of Opposition Digambar Kamat.

This is Modi’s new India where protest are not allowed, democracy is crushed and freedom of speech is supressed said Girish Chodankar.