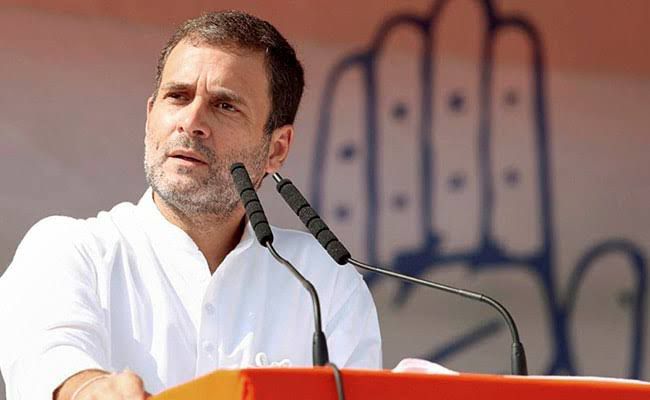 BICHOLIM: The Congress leader, Rahul Gandhi today stated that Congress wants to make Goa a tourism hub and would not allow it to become a coal hub.
He was speaking at ‘Nirdhar’ meeting held Sanquelim. The Goa desk incharge, Dinesh Gundu Rao; GPCC President, Girish Chodankar; Former CM, Pratapsingh Rane; Francis Sardhin, Dharmesh Saglani and others were present for the meeting. Congress manifesto was also released at the hands of Rahul Gandhi.
Speaking further he told that Goans should decide who will rule the state. He claimed that there is only contest between congress and BJP.
He said that there are few issues in the state. “Goa is a tourist hub and thousands get income from tourism. It can be either tourist hub or coal hub. We will not allow Goa to become coal hub” Rahul said.
“It was congress who asked their preference whether they want to merge with Maharashtra or be independent. I want to assure that if congress forms government it will be the government of Goans”