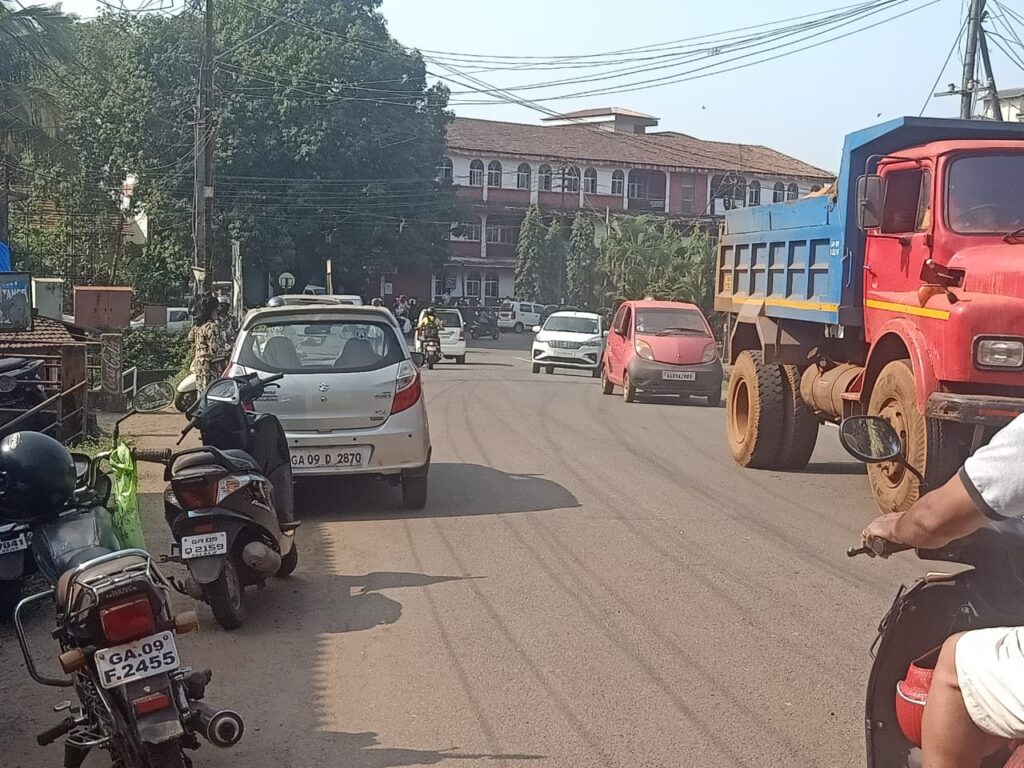 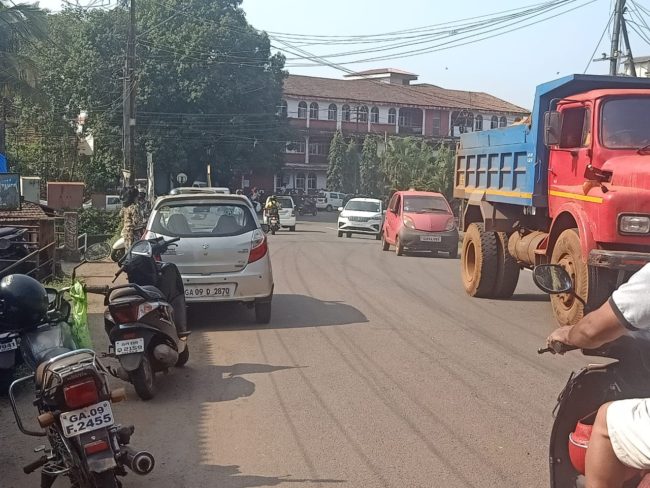 Quepem: Quepem is one of the busiest town in Goa but lacks many basic facilities. The major no parking facilities  lead to traffic congestion.

There is always traffic jams near Municipal Garden Square, fish market area and also opposite to deputy collector’s office.

The major cause of the jams is the hap-hazard and double parking.

Goemkarponn spoke to Quepem chairperson Dayesh Naik on various issues plaguing the town right from traffic to garbage and he said the issues would be sorted soon.

“There is Master plan for Quepem and I am confident that this will be implemented soon as our MLA is a Dy CM of the State today,” Naik said.

He said the traffic problem would be implemented soon. “Not only parking but also the pending big project will also see light of the day”, he said.

On parking, he added, the municipality is making plans for parking, it will be sorted soon.

“We have not yet decided on pay parking but will sort the parking issue by next elections,” he said.

Regarding the road condition, he said the JICA pipeline was to be completed 18 months back but due to several issues it remained incomplete.

“Due to JICA project hot-mixing has been delayed. We are waiting for the JICA plant to be completed,” he said.

He said there is no option rather then waiting for JICA project to be completed as as JICA pipeline will solve the water issue of Quepem people.

On Garbage issue, he said the it will be sorted after elections.