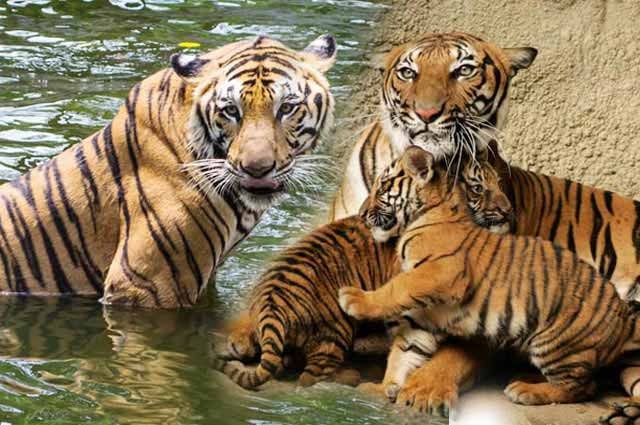 KERI: Goa has 700 sq. km of Western Ghats with six wildlife sanctuaries and one National Park having the richest and most luxuriant forest covered with the varied species of flora and fauna.
On April 13, 2009, at Vadyer in the cashew plantation of Keri –Sattari at the foothills of Bagheri, the hill of Sahyadri known to be the abode of tigers, proved beyond doubt that tigers exist in Goa.
The Wildlife Census conducted by Goa Forest Department in 1993 indicated the presence of three tigers; in 1997, five tigers and in the last census of 2002, four tigers were reported.
The government, having nexus with the powerful mining lobby, has purposefully failed in providing protection to tigers by not recognizing the notifications of the Mhadei and Netravali wildlife sanctuaries issued in June 1999.
The book, a framework for identifying high priority areas and activities for the conservation of tigers in the wild, by WWF International, US Fish and Wildlife Services and Wildlife Conservation Society – New York lists the Western Ghats areas in Goa, Maharashtra and Karnataka as a level 1 Tiger Conservation Unit with 55 points, second in India after Sunderbans (65 points) and 8th in the world as the finest Tiger habitats in the entire world.
There are many places in Goa named after tigers which clearly indicate the presence of tigers in the area. These areas are: Vagus (Usgao), Vagal (Keri-Ponda), Vagali (Kamurli), Vaghdongari (Shiroda), Vagapeth (Satore, Shiroda), Vagus (Pale), Vaghurme (Savoi-verem), Vaghkolomb (Harmal), Vaghator (Caisua), Vaghapeth (Bori), Vagheri (Sattari), Vaghapedi (Bhati – Sanguem), Vagbil (Pali-Sattari), Vaghpet (Satre – Sattari).
In 2016, the Goa government, headed by then Chief Minister Laxmikant Parsekar in the Goa State Wildlife Advisory Board meeting, decided to declare the tiger reserve in Goa.
However, the successive governments that came to power did not give a necessary nod to the proposal and inspite of the recommendation made by the National Tiger Conservation Authority, the idea of creating a tiger reserve for Goa is pending.
Presently, the Forest Minister Vishwajit Rane made it clear that as long as he holds the forestry portfolio, he will not allow the tiger reserve to be materialized in Goa at the cost of creating inconveniences for the forest-dwelling communities residing in the areas.
Since 43 per cent of the state relies on the Mandovi river basin for drinking water, irrigation and other basic needs, protecting and conserving the forest through the creation of the Goa Tiger Reserve is the need of the hour During the COVID-19, lakhs of the people, throughout the world, realized the importance of life-saving oxygen. The forest of the six wildlife sanctuaries, one national park, and the rich patches of the reserved and privately owned forest provide perennially drinking water and oxygen needed for our survival.
If we allow these forest patches for development purposes without understanding their ecological and environmental values, in the era of climate change and global warming, our life and livelihood will be threatened.
The killing of five tigers revealed from 2009 to 2020 that forests in Goa are becoming more and more hostile to the tigers and other wild animals, and it is high time that, forgetting differences based on caste, religion, political affiliation, we should plan the strategy for providing long term legal protection to the wildlife habitat in Goa, by looking sympathetically to the genuine issues of the local population.