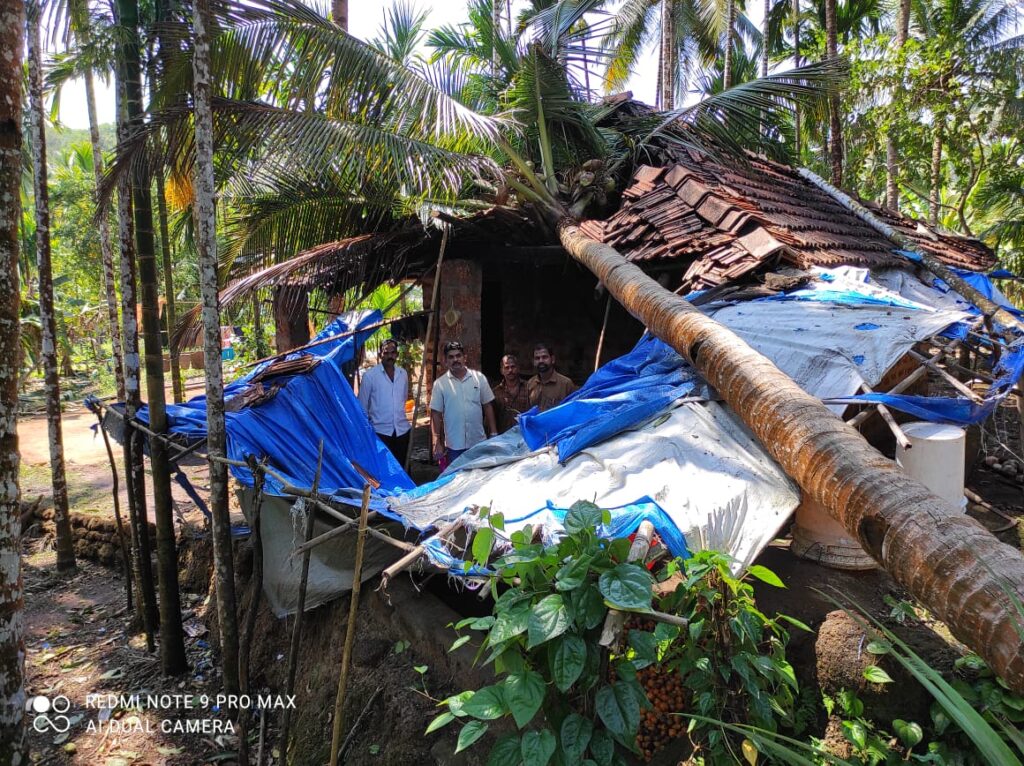 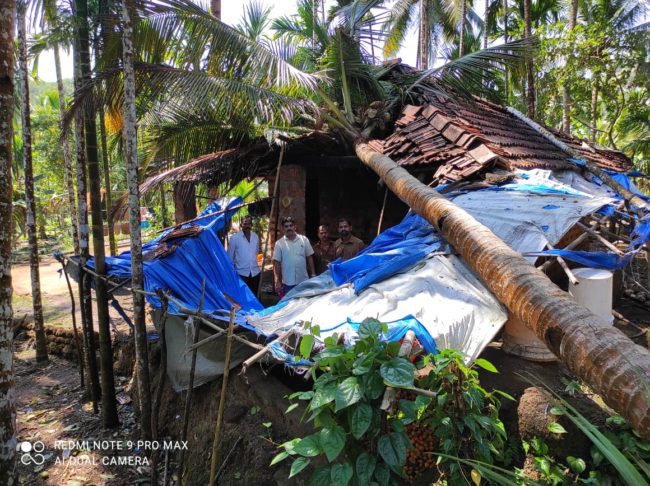 Several trees were uprooted causing all round destruction in the village.

Fire fighting team of Curchorem rushed to the village on Monday evening around 5.40 pm and the rescue operation continued till late night around 10 pm.

As per information given bybfire fighter Shivaji Fadte of Curchorem fire station there were heavy losses registered by locals.