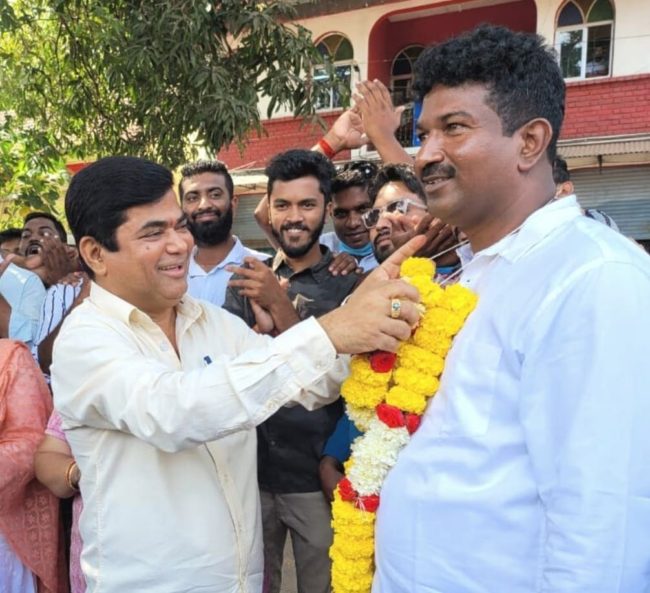 Dayesh Naik is the second candidate who has won unopposed in the current Quepem Municipality elections. Suchita Shirvaikar was already declared winner from Ward No 03.

While speaking on the occasion Dy CM Kavlekar said that, “it is the trust of voters from Quepem municipality area that has resulted in these unopposed winning candidates that BJP Party had backed. In the remaining wards also, voters will favour our candidates as we have fielded people’s candidates and not just for the sake of it”, said Kavlekar.