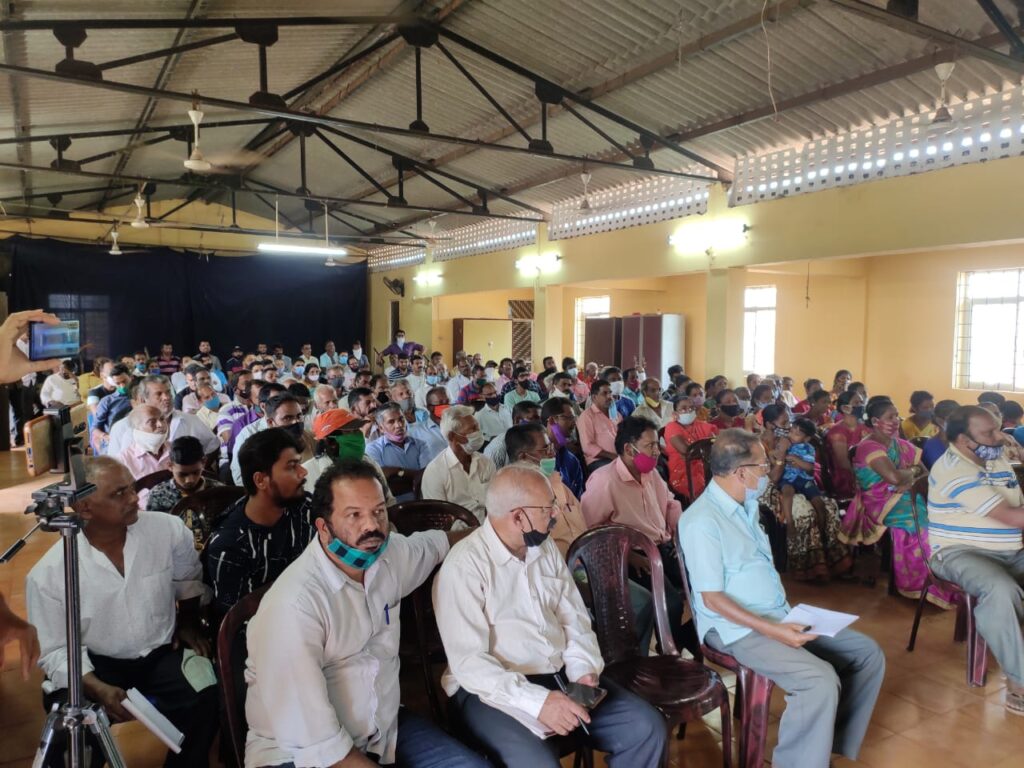 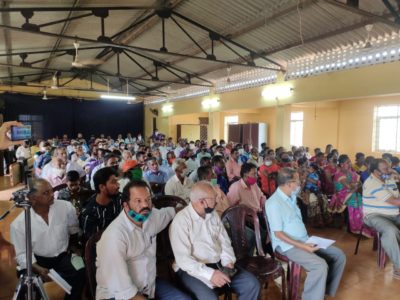 Dhargal sarpanch Sunita Raul had conveyed a special gram sabha to discuss the issue of the proposed highway project from Sukekolan Dhargal to Mopa Airport site and this gram sabha was attended by hundreds of Dhargal villagers.

During the gram sabha, villagers raised strong objections for the proposed new highway from Dhargal to Mopa Airport. Villagers claimed that the government has acquired their agricultural land for several government projects and failed to compansate for the land.

Bharat Bagkar a resident of Dhargal and Former President of Pernem Citizens Forum said,” Government is trying to grab lands of the farmers by pressuring the people using government machineries. Farmers struggle to cultivate their land for their livelihood but Goverment is trying to have project by stabbing on livelihood of the farmers. Why is the government trying to have a new highway when the mopa airport work commenced two years back? Our forum strongly objects for this proposed new highway from Dhargal to Mopa Airport, Bagkar claimed.

“In the past, Goverment had acquired agricultural land for konkan railway, tilari project, sports city, Ayush hospital and now trying to acquire land for the mopa airport. Goverment have till date not compansate for the land acquired earlier, Locals claimed.

Cashew plantation and agriculture are our only source of income. Government is pressurising the people using government machinery, Prashant Shirodkar another local said.

“Why the government is not having the highway as per the previous plan is questionable. We will agitate but will not allow the government to acquire more land”, Rohidas Harmalkar another resident said.

Before planning any project, the local residents and Panchayat have to be taken into confidence. Government is harassing the people by trespassing into the land belonging to farmers and then threatening them by filing false police complaints, Locals claimed.

Locals also demanded that conducting surveys behind the back of the farmers/ owners should also be stopped.

Further the residents also opposed the inclusion of Dhargal village under PDA.

Meanwhile sarpanch Sunita Raul said that the Panchyat will be with the villagers. The decisions taken in the gram sabha will be conveyed to the concerned authorities”.