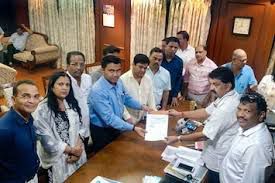 PANAJI: A Division Bench of the Bombay High Court at Goa comprising of Justice Manish Pitale and Justice R.N. Laddha will tomorrow pronounce their judgement on the disqualification petitions against those ten Congress MLAs and two MGP MLAs who had defected and joined the BJP in 2019.

“A Division Bench of the Bombay High Court at Goa comprising of Justice Manish Pitale and Justice R.N. Laddha will tomorrow on 24th February at 10.30 am in Court Room No 3,” said Adv Aires Rodrigues

The final hearing into the plea by Goa Pradesh Congress Committee president Girish Chodankar, against the 10 Congress MLAs who had defected commenced last week.

The petitioner has stated that the interpretation given by the Speaker in his impugned disqualification order is contrary to the aims and objectives of the Tenth Schedule of the Constitution of India, that is, prevention of defection and it defeats the very purpose the Schedule which was enacted in the year 1985 and thereafter strengthened by amendment in the year 2003.

The 10 MLAs, the submission states, in their response to the disqualification petition did not plead that there was a merger of original political party and therefore there was no question of any valid merger in terms of para 4 of Tenth schedule of the Constitution.