Double tracking only for COAL transportation, Alina slams own govt 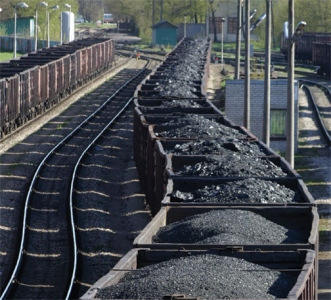 In what could be a further embarrassment to the BJP Government in Goa, Cortalim MLA Alina Saldanha on Thursday announced her opposition to the double tracking of the railway lines upto Vasco.

Speaking to reporters after meeting the Chief Minister Dr Pramod Sawant along with the opposing groups, she said that doubling of tracks would be disastrous for Goa.

“The doubling of track is only for transportation of coal and-nothing else,” he said.

She said that if it was for connectivity then there is no need.

“As it is the Vasco trains go empty,” she said.

Saldanha said she along with the General Manager of South Western Railway and engineers met CM.

“We have placed before them that the second railway track will be destructive to Goa. We had made a presented focussing on few houses. The proximity to houses will be dangerous,” she says.

Saldanha said that the locals will become prisoners in own land.

“The locals will suffer due to coal dust pollution, noise pollution and risk to lives. The vibrations will destroy houses,” she says.

She said there are already eight trains and there will be 100 trains a day.

“Basically the doubling is for coal. Now here is this coal being taken to Karnataka, which is 52 times bigger than Goa,” she said.

She said she has spoken to chief minister and confident that such disaster will not be allowed.