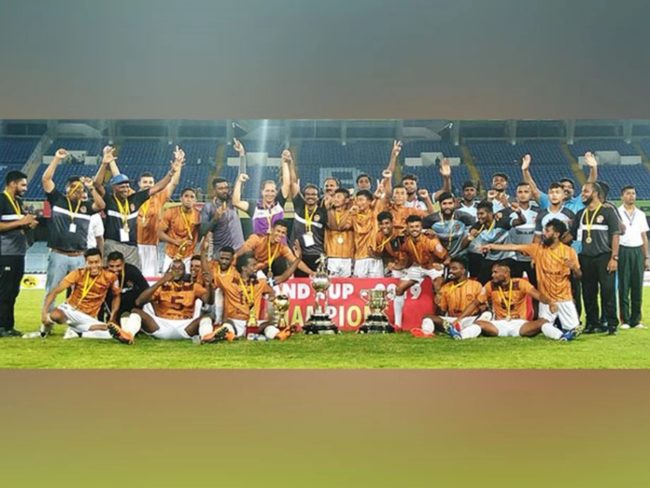 Lt. General Kamal Repswal (Chief of Staff, HQ Eastern Command, SM, VSM) has said the organisers plan to include more teams in the Durand Cup from next year to promote football in the country. Kolkata – the Mecca of Indian Football, on Thursday was officially confirmed as the home of the Durand Cup – the oldest club football tournament in Asia, for the next five editions.
General Repswal (Chief of Staff, HQ Eastern Command, SM, VSM) confirmed Kolkata as the home of the Durand Cup until 2025. “In 2014, for the first time Durand Cup was shifted to Goa at that Defence Minister was late honourable Manohar Parrikar. In 2017, a decision was taken to shift Asia’s oldest completion (Durand Cup) in the world to Kolkata. Because in India football means Kolkata,” Repswal told ANI.
“The passion for football is unmatchable here that’s why the decision was taken. The 129th edition was staged in Kolkata in 2019 and in 2020 it was cancelled due to the COVID-19 pandemic. “For the next five years, Durand Cup will be conducted in Kolkata. Depending on the success of the Cup further decision will be taken. We are also keen to increase the number of teams from 16 to maybe 24 next year, with some more pools playing in Siliguri and Guwahati also, our aim is to promote football in the country,” he added.
Aroop Biswas (Minister for Sports & Youth Affairs, Power in the Govt. of West Bengal), said staging the Durand Cup is a “proud” moment for Bengal. “This is a proud moment for Bengal as everyone together is staging the Durand Cup. We are waiting for some exciting matches. I am confident that the tournament will be staged without any problem,” Biswas told ANI.
Aroop Biswas also clarified on attendance norms for the 130th Durand Cup and mentioned that there will be minimal attendance in the stands at the beginning of the tournament, owing to the Covid-19 pandemic. “The WB Govt. has allowed 50 per cent capacity inside stadiums but the Durand Cup tournament committee, in light of the pandemic has decided to allow minimal attendance and then gradually towards the end of the tournament, if everything goes well, we will allow 50 per cent attendance in compliance with government norms during the latter stages”, he said in a virtual press conference.
Talking about the tournament, West Bengal Sports Minister Manoj Tiwary said, “Football is in our blood, and Kolkata has given many legendary footballers to India. We are happy that the tournament is being staged in Kolkata.” General Repswal also confirmed that the Chief Minister of West Bengal, Mamata Banerjee will be in attendance for the inauguration and opening match of the 130th Durand Cup on September 5 at Vivekananda Yubabharati Krirangan (VYBK).
Only behind the English FA Cup and Scottish Cup (starting in 1871 and 1874 respectively) in terms of inception, the first-ever Durand Cup took place in 1888 – making it the oldest-running club football tournament in the world, and the oldest running football tournament in Asia. In the previous 129th edition, held for the first time in the city, Gokulam Kerala emerged champions, beating Mohun Bagan 2-1 in front of a packed stadium, to register their first silverware in club history. They are back to defend that title. (ANI)