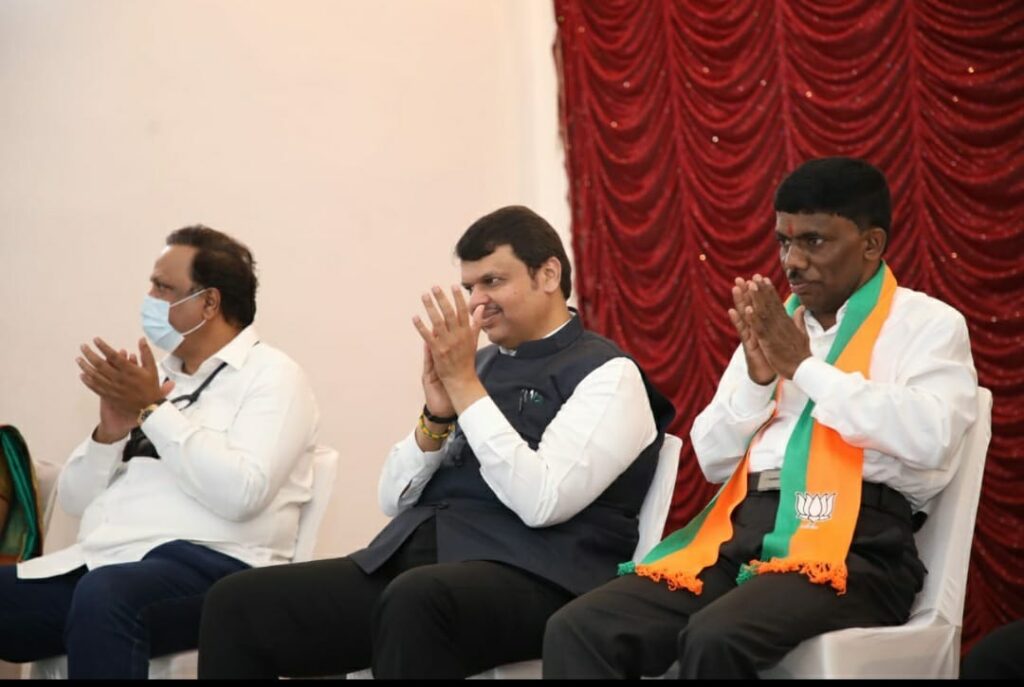 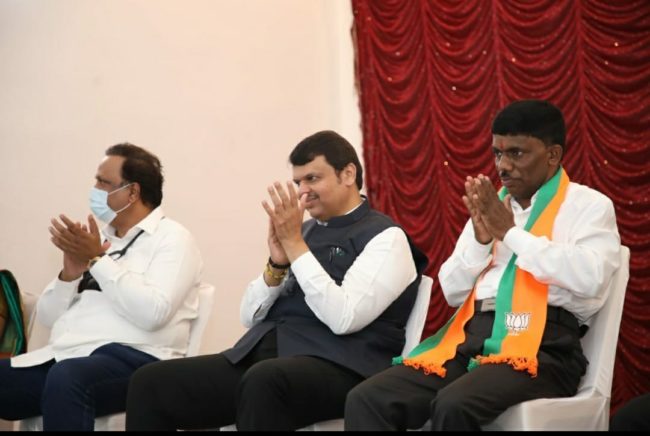 Goemkarponn desk
CANACONA: Buoyed by 8 ruling councillors joining BJP, Ramesh Tawadkar claimed all-around unity amongst party cadres to boost the party Campaign in Canacona.
Devendra Fadnavis’ whirlwind tour of Canacona, touring several localities, boosted BJP Karyakartas.
Fadnavis addressed three corner meetings where voters and karyakartas attended in large numbers on Canacona. ‘We are not fighting this election on a community basis, but we want everyone to back up our efforts to once again bring in BJP government,” he said.
Tawadkar addressing a press conference and all the 8 Councillors of Canacona Municipal Council stated that the party’s Central and State leadership has reposed faith in him by allotting the party ticket to contest extended full cooperation and also getting all-round support from local youths and Mahila.
“Except for the development which I had executed five years and though there was BJP MLA for the last 2 1/2 years show me a single work worth Rs 1 or 2 crores and that’s the reason why people wants me back. Over 400 youths are working in three phases besides around 1000 Karyakartas campaign for BJP party in Canacona as everyone wants BJP to win and form the next government again,” he said.
Answering a specific query, Tawadkar said he doesn’t see any anti-incumbency wave against BJP, atleast in Canacona.
Tawadkar downplays the absence of the Canacona BJP block and BJYM, saying Mahila shakti is strongly rallying behind him; many of the block members are already with the party, and the rest will also fall in line in the next few days.
“But, we have enough teams at all the 59 booths, and karyakartas are tirelessly working for the party success,” he said.
CMC Chairperson Simon Rebello defending the ruling councillors backing of BJP, said, though we had declared withdrawal of support to BJP government, now since we have a new BJP face in Canacona, we have decided to support BJP.
“For 9 months BJP MLA in Canacona didn’t support us, now we have come out strongly with Ramesh Tawadkar as the candidate, and we are working for BJP success,” he said.
BJP State Secretary Sarvanand Bhagat, District Vic-President Mahesh Naik, Block secretary Diwakar Pagi, Ex-Shristhal Sarpanch and Panch Ganesh Gaonkar, besides all the eight Councillors, were present during the press conference.
Later in the evening, Goa desk in-charge and Ex-CM of Maharashtra Devendra Fadnavis met karyakartas; Sarvanand Bhagat informed Amethi MP Smriti Irani is visiting and meeting Karyakartas soon.