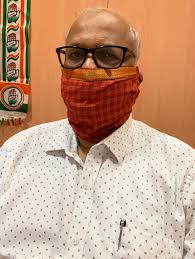 Margao – Leader of Opposition Digambar Kamat said the brutal lathi-charge and use of tear Gas on the protesting villagers of Shel Melavali is highly condemnable.

“The Government cannot force any project on the people against their wishes. Entire Goa will gather at Shel Melavali if the BJP Government continues with Police Dadagiri against the villagers warned,” Kamat said.

He said it is unfortunate that the Police resorted to lathi-charge and use of tear gas even on the elderly ladies who have shown courage to oppose the IIT Project at Shel Melauli.

“The Chief Minister must immediately intervene and withdraw all the Police force from the village, failing which Government will be entirely responsible for any untoward incident happening in the village,” stated Kamat.

He further said the residents of the village are fighting to protect their cultivable land and houses.

“There are various other options of land available with the Government. It is the duty of every Government to respect the sentiments of the citizens. A responsible Government always takes decisions going by the sentiments and demand of the people,” he added.

“I want to remind the Chief Minister that the Congress Government in the past faced various agitations and protest and changed or withdrew its own decisions to respect peoples demand. We scrapped Regional Plan, SEZ’s completely bowing before the people. The BJP Government must stop its dictatorial attitude and respect the demands of the villagers of Shel Melavali,” stated Digambar Kamat.

He warned the Government to refrain from using force against the people of Goa.

“If the BJP Government does not act wisely, it will be difficult for the Government to control the mass protest of the Goans across the State,” Kamat said.