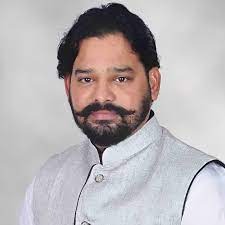 Goemkarponn desk
PANAJI: Cumbarjua MLA Rajesh Faldessai has given an additional 8 days to Synergy Shipbuilders to demolish the unauthorised jetty constructed at Gaundalim.
Following strong opposition by Gaundalim locals against the illegal jetty, the Cumbarjua MLA conducted an inspection some days back.
The locals have claimed that the dock has been illegally extended by allegedly carrying out the filing of the Cumbarjua canal.
Faldessai had said that the structure has come up 6 metres beyond the permissible limit into the canal. He also stated that the structure would be forcefully demolished if the shipbuilding company did not act on its own within 10 days.
“The work on extending the jetty has been carried out in connivance with the ex-sarpanch of the local panchayat. I will seek the chief minister’s intervention. And if the company does not act, I will deploy my personal machinery to demolish the structure,” he said.
The MLA said that owing to the model code of conduct, there has been some delay in issuing directions to the company.
Recently, a social media post surfaced pointing to the illegal jetty built by the company to extend its dock.