Filmmaking is like soccer, every team member matters: Master Class at IFFI 53 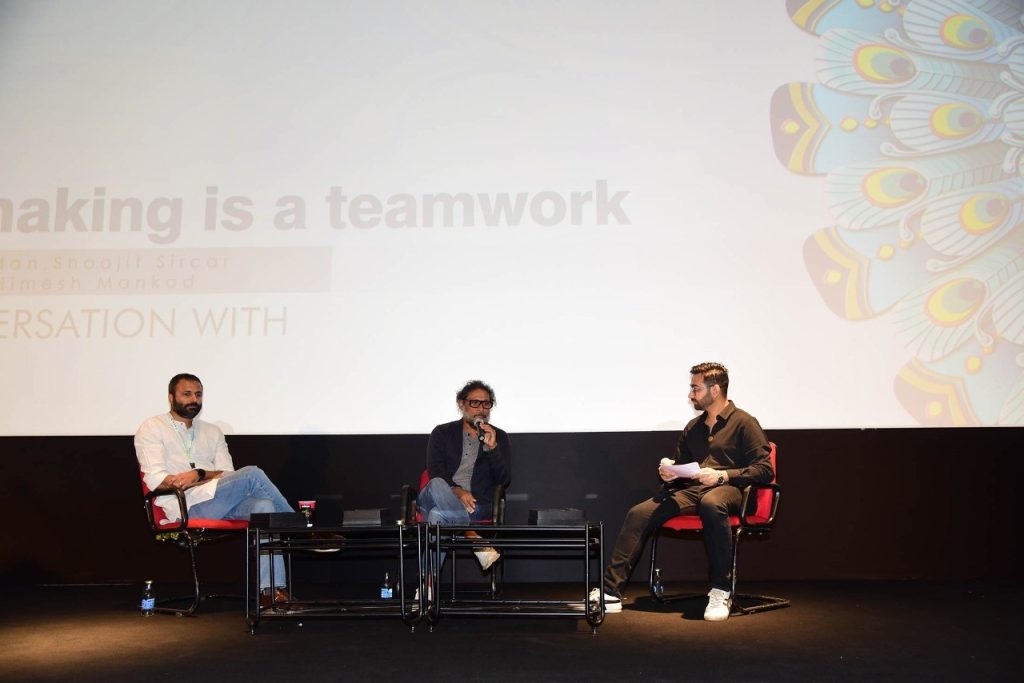 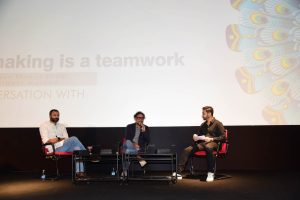 Filmmaking is not like painting or a game of tennis where individual contributions or hard work determine success. It is rather like soccer or cricket in which contributions of every team member is crucial. This is the sentiment shared by a Master Class conducted today on the sidelines of 53rd International Film Festival of India being held at Panaji, Goa. National Film Award winning Director Shoojit Sircar and Director/Screenwriter Advait Chandan participated in the Master Class on the topic ‘Filmmaking is a teamwork’.
Opening the session, Shoojit Sircar, Director of many acclaimed movies like Vicky Donor, Pink, Sardhar Udham said that while choosing his cast and crew he will give priority to people who understands him rather than their expertise. “One has to be conscious about the people whom they are working with. Most important in this is the interaction between writer and director. My passion is soccer. I love football than filmmaking. My experience in soccer comes handy while working together in a team for film making”, he said.
Reinforcing this opinion on teamwork, Advait Chandan, Director of Lal Singh Chaddha and Secret Superstar said that he would like to be the most stupid person in the room while selecting the cast and crew. “I like having people in my team I can look upto since I am not so experienced in film making”, he said.
Delving deep into the director-actor interactions that happen in film making, Shoojit Sircar said that the most important thing while dealing with an actor is his/her IQ level. “Some actors are good at acting, but their IQ level will be low. Some of their IQ levels are so high that we find it difficult to answer their questions regarding the script. Various methods need to be applied on different actors to manipulate them so that justice can be done to the script and the vision shared by cinema. You have to go scene by scene, script by script to get your vision materialised.”