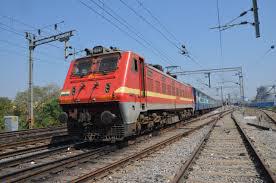 Goemkarponn desk
PANAJI: Finally, the first special train under the Mukhyamantri Dev Darshan Yatra will leave for Tirupati, Andhra Pradesh, carrying a number of senior citizens free of cost.
As per the information, another second train will leave for Tirupati on November 13. While on November 20, a special train will leave for Velankanni, Tamil Nadu.
Chief Minister Pramod Sawant will flag off the first train today at Margao Railway Station at 5 pm in the presence of distinguished guests and other government officials.
With this, senior citizens will get a one-time free opportunity to visit sacred holy places outside Goa as well as some of the famous pilgrimage sites within the State with the ‘Mukhyamantri Dev Darshan Yatra Yojana’.
The yatra would have kicked off much early. However, it was not a possible low response to ‘Mukhymantri Dev Darshan Yatra Yojana.
Chief Minister Pramod Sawant said that free pilgrimage to senior citizens couldn’t occur as only 350 forms were received from interested persons.
The scheme, implemented through the social welfare department, was announced by Chief Minister Dr Pramod Sawant in his Budget 2021-22 in April this year.
Only those citizens residing in the State for 15 years and more with and annual income below three lakhs would be eligible to avail the benefit of the scheme.
The scheme envisages providing one-time travel assistance on pilgrimage in a lifetime to senior citizens to visit sacred holy places outside Goa as per the itineraries decided by the Government from time to time,” the notification stated.
The pilgrimage will be sent under (IRCTC) package as per MOU signed by the Government with IRCTC. The pilgrimage tour will be conducted for a group of not less than 750 outside Goa.