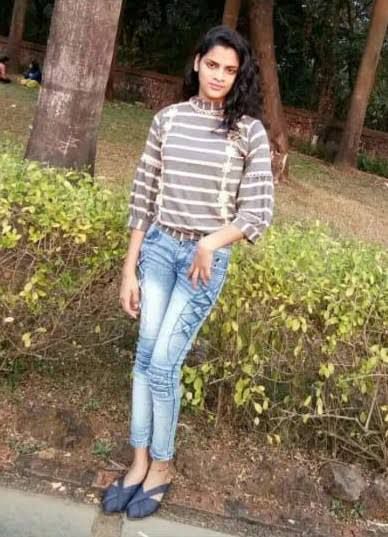 Goemkarponn desk
CALANGUTE: Nearly five months after the baffling death of the 19-year-old Siddhi Naik, the Calangute police have finally registered the case as murder after an inquiry was conducted.
With this, the Calangute Police have registered an FIR against an unknown person under Section 302 (murder) of IPC. Siddhi Naik’s body was found in semi-nude condition at the Calangute beach on August 12, 2021.
The murder case has been registered after an inquiry was conducted into the death. The police had registered the case as an unnatural death earlier.
Sources said that the case was registered by outgoing police inspector Nolasco Raposo, who was placed under suspension for failure to check law and order in Calangute.
In the Siddhi Niak case, the suicide theory was still an option, but it does not explain why the deceased victim’s body was found in a semi-nude state.
However, in September, her father, Sandeep Naik, lodged a complaint against unknown accused, claiming that she was murdered by forcibly drowning her in the seawater at the Calangute beach.
Chief Minister Pramod Sawant said that Goa Police is inquiring about Siddhi Naik’s death case on merit. Hence, there is no need to hand over the investigation to CBI.
“Goa Police is inquiring on merit, hence no need to hand over the investigation to CBI,” CM had said.
He further said that the matter is under investigation, and any further disclosure of information and tabling of case papers and evidence would hamper the investigation or prosecution of offenders.
Further, disclosure of such information is not permissible as per law.\
Forensic experts ruled out the possibility that the clothes of the victim girl could have come undone while in the sea.