Five hectares of Sugar factory land to be brought under cultivation 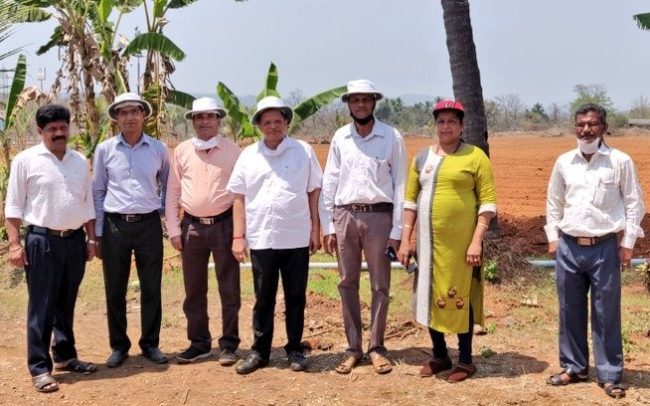 USGAO: Chairman of Sugarcane Farmers’ Facilitation Committee Narendra Sawaikar on Wednesday stated that with drip system of irrigation being installed in 2.00 Ha area at Tisk-Usgao about 400 to 450 tons quality sugarcane seed will be made available during next cropping season.

Sawaikar visited Sanjivani sugar factory and also discussed about the ongoing development work of cane-seed plot at the factory.

“With rejuvenated existing water sources, around 5 hectares of land will be brought under cultivation. Plantation will begin from this month,” he said.

He said the drip system of irrigation is being installed in 2.00 Ha area and about 400 to 450 tons quality sugarcane seed will be made available during next cropping season.

The Goa government has set up a 23-member committee under former Lok Sabha MP Narendra Sawaikar to look into issues of cultivators after Sanjivani Cooperative Sugar Factory, the state”s lone such unit, in Usgao in South Goa shut a year ago.