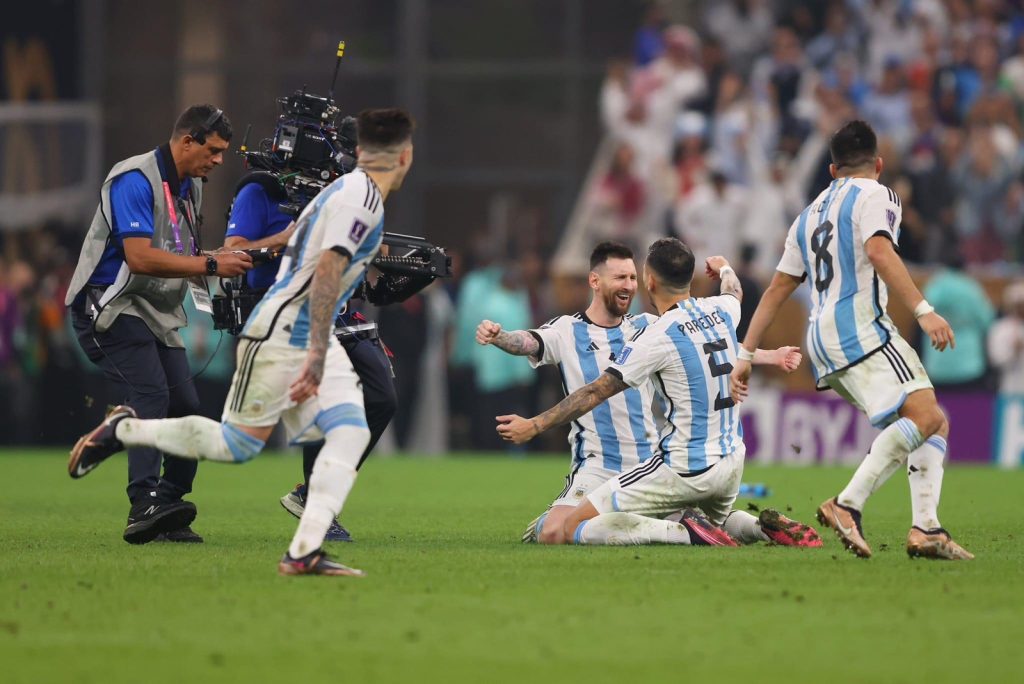 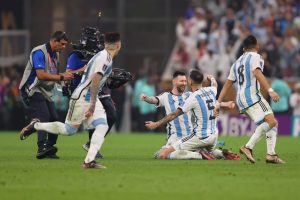 Goemkarponn desk
PANAJI: Several Argentina supporters came out on the streets in the football-crazy state of Goa and erupted in joy after the South American country won the FIFA World Cup 2022 final.
After 36 long years, Argentina finally won the World Cup title as it beat France 4-2 on penalties after a 3-3 draw on Sunday. Lionel Messi scored two goals and then another in the penalty shootout.
In Goa, make-shift mini projectors were put up at a number of places for people to watch the World Cup final.
After the match ended, a number of supporters of the Argentina national team were seen celebrating on the streets in Goa during the night.
Politicians, including Goa’s former deputy chief minister Vijai Sardesai and Congress MLA Altone D’Costa, were seen supporting Argentina as they watched the final along with their fans wearing the jersey of their favourite team.
After the match, Chief Minister Pramod Sawant tweeted, “Congratulations, Argentina! Goan football fans witnessed one of the most thrilling #FIFAWorldCup Final!”
Bharatiya Janata Party’s Goa unit president Sadanand Shet Tanavade also took to Twitter to congratulate the winning team.
BJP MLA Dr Deviya Rane, in a tweet, said, “What a spectacular win by #Argentina. Well played and well deserved! Truly the greatest of all times!”