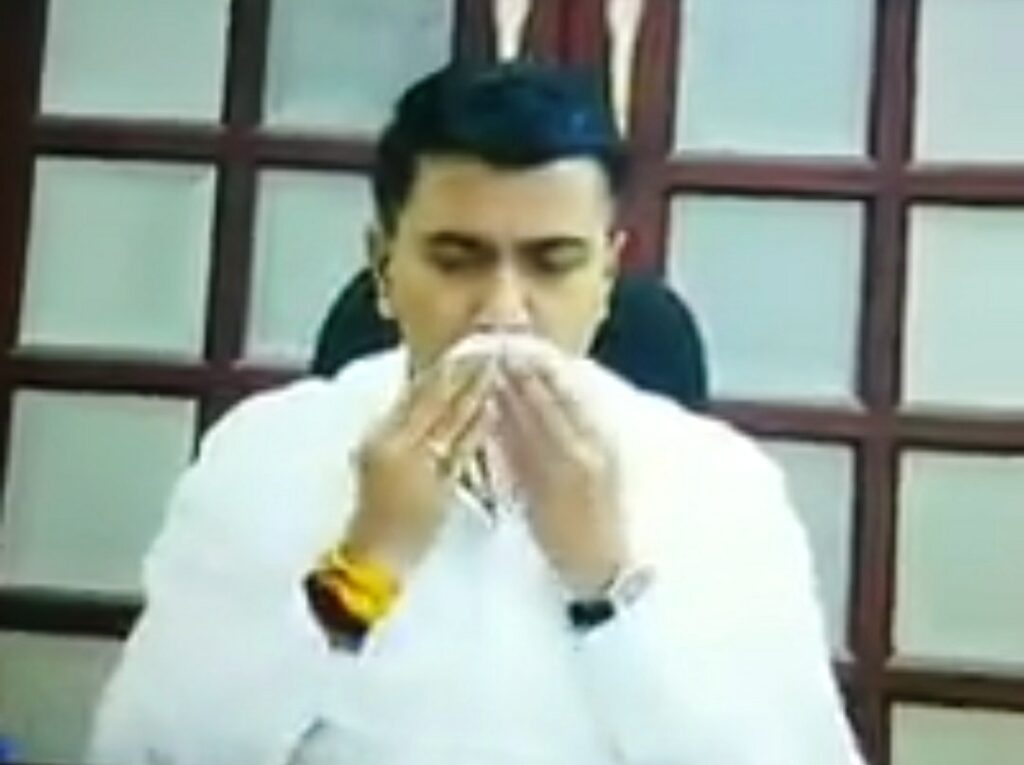 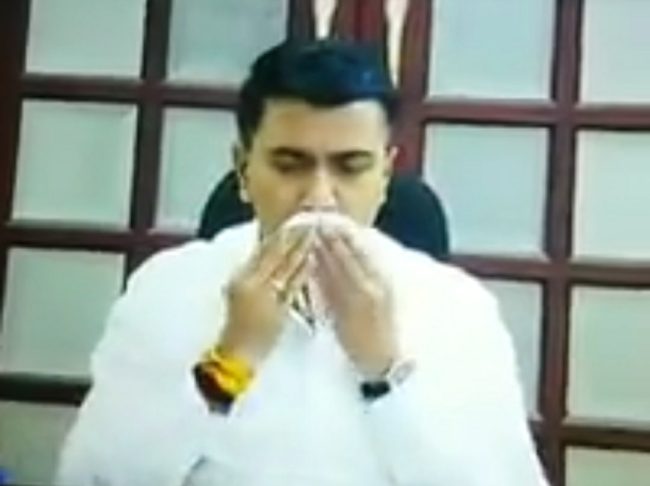 Panaji: The 2020 was a year of pandemic and was one of the worst years for many due to the financial crisis or the COVID pandemic lockdowns.

However, the year was even worse for the Goa Chief Minister Dr Pramod Sawant, who had to go through some major controversies in 2020 and often became a subject of meme.

When the COVID19 pandemic started initially in February-March, the CM was busy with ZIlla parishad election campaigning, which were to be held on march 23.

Whenever the scribes questioned him, he would question him on COVID19, he would say “Bhivpachi Garaz Na” (No need to fear).

The CM’s statement of we do not need to fear Corona, became a subject of meme’s throughout the year and is become common in the State.

The Chief Minister started giving a daily briefing on COVID19 after getting a sound bashing from media over the government’s lethargic approach.

In one of his press conferences replying to a journo’s question, the Chief Minister wiped his face with mask.

There was instant reaction to this as the netizens questioned whether he was really a doctor. As mask was used to protect one from COVID19 and not wiping.

Getting COVID does not mean you are Corona patient

This statement of the Chief Minister that “Getting COVID does not mean you are Corona patient” was the biggest hit and the netizens went berserk on the issue.

However, what the CM wanted to say was that asymptomatic rarely spread COVID. Nonetheless, netizens, who were upset with opening of borders post lockdown 2.0 were in no mood to relent and made Sawant subject of several meme’s.

Snubbed by Centre on Mhadei

Even as the Chief Minister continued his rhetoric that the Mhadei water dispute will be resolved soon and Centre was standing tall with the State government, the Union Minister Prakash Javdekar

Javdekar tweeted that the Centre has granted EC to Karnataka to meet the water requirement due to follow up of his cabinet colleague and Mines Minister Pralhad Joshi. Despite there being a dispute, the Centre did not even inform the State government or the Chief Minister. The Goans went wild on the issue making CM the subject of meme’s.