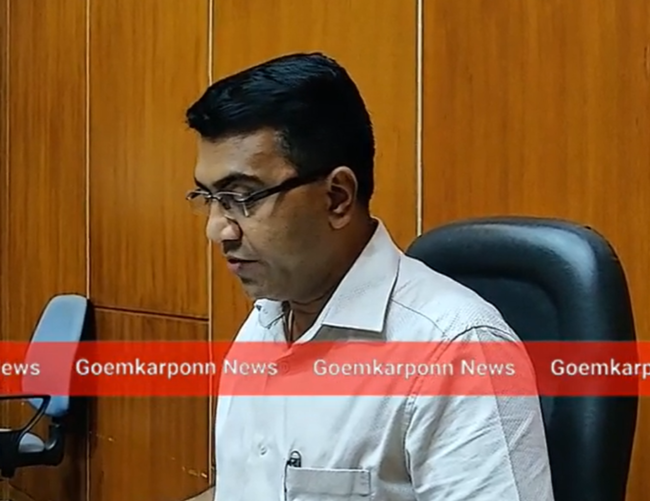 Goemkarponn Desk
PORVORIM: Gearing up for the Budget 2021-22 implementation, the Chief Minister Dr Pramod Sawant has set target of December 19, 2021 to ensure that maximum proposals or projects, proposed in the Budget are implemented.

The Chief Minister on Thursday chaired a meeting of Secretaries of concerned departments to chalk out Action Plan to implement the Budget, which was tabled in the House on March 24.

Speaking to reporters post meeting, Sawant said that the focus would be laid to reduce dependency on market loan and to make departments and Corporations self-sufficient.

He said that aims is to ensure that maximum Budget promises including major programme or infrastructure projects are initiated or foundation is laid by December 19, 2021.

He said that State is looking for a revenue of around Rs 4000-5000 crore from the Center through various means.

Responding to a question on mining corporation, Sawant said that government has set target of May 30 to set up the Corporation and it would be done before that.

He said that vision document prepared by each of 84 departments would be implemented.

The chief minister further said that total 122 centre sector schemes are identified which would be implemented in the State. Some 50-50 ratio while some are 100 percent, he explained.