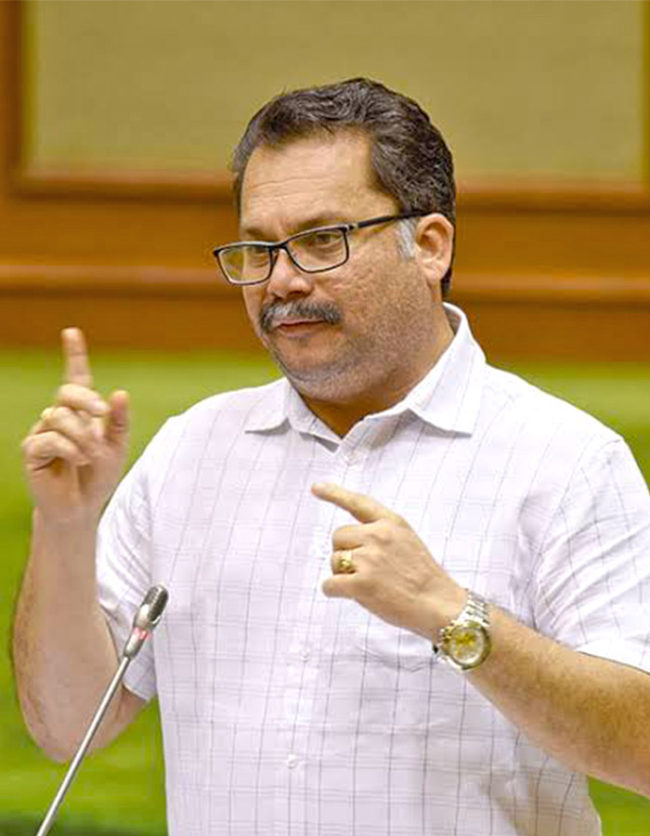 Porvorim: Nilesh Cabral, Minister of Power, Environment, New & Renewable Energy and Law & judiciary, Govt of Goa today emphasized on the importance of ushering in electric two-wheelers in Goa. He also highlighted other electric mobility initiatives as a part of the larger Convergence initiative by the Government of India.
The clean mobility scheme will be applicable for the first 10,000 electric two-wheelers sold in the state, which will reduce 5,000 tonnes of CO2 emissions every year and remove 10 percent of polluting vehicles off Goa’s roads.
The scheme is being implemented by Convergence Energy Services Limited (CESL), a Government of India company which is also working on making solar power chargers for these two wheelers.
The electric two-wheeler will take 3-4 hours to get fully charged and can go 100 km on a single charge. The state government is also installing easily accessible public charging stations throughout the state of Goa.
The Goa government is working on making it easier for people to switch to electric vehicles by offering a host of subsidies and incentives, which include:
– A cash incentive that works like a buyback programme, similar to how cell phone companies incentivize users to hand in their old phone and buy a new one
– No registration charges, resulting automatically in a 5 percent reduction in the EV cost
– A subsidy that will enable buyers to access a very affordable lease
– An incentive to scrap old vehicles, as announced by the Hon’ble Union Finance Minister in her recent budget speech
Shri Nilesh Cabral, Hon’ble Minister of Power, Environment, New & Renewable Energy and Law & judiciary, Govt of Goa, said, “Goa is a biker’s destination. We have close to a million two-wheelers in Goa, comprising almost 70 percent of the state’s vehicle population. These will be converted into electric two-wheelers or e-Bikes by Convergence Energy Services Limited (CESL). As these e-Bikes run purely on electricity, they do not cause emissions and are therefore environment friendly.”
Ms. Mahua Acharya, CEO & MD, Convergence Energy Services Limited (CESL), said, “Electric vehicles are at the forefront of the global agenda to move towards a sustainable future, and CESL is leading several initiatives in India to promote faster EV adoption under the national e-mobility programme. We are proud to partner with the Goa government for promoting e-mobility in the state.”
So far, three high-capacity combo EV chargers of 122-150kW, Type 2 AC standards have been installed in Goa which can charge long-range EVs such as Hyundai Kona, Tata Nexon, and Maurice Garage (MG). Installation of Bharat Standard DC001 EV chargers is being planned adjacent to these existing chargers for recharging moderate-range EVs such as Tata Tigor and Mahindra e-Verito. This installation will be completed by this month.
CESL has been anchoring the EV ecosystem development in India, undertaking demand aggregation for procuring EVs, supporting the transition in bringing innovative business models, and providing the implementation wherewithal for accelerated roll-out of EV charging units.