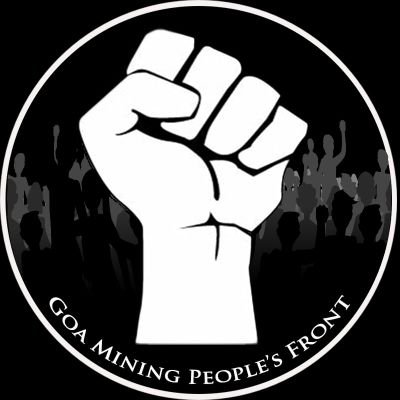 Panaji :Mining dependents in the state of Goa have raised concerns over the prolonged delay, in the court hearing of the crucial Goa mining case pending in the Apex Court of India for over a year without a single hearing. It felt that the serious livelihood crises of the Goa State is being ignored by the Apex Court where over 3 lakhs people are suffering due to complete disruption of their livelihoods. Goa Mining People’s Front (GMPF) has appealed to the central Government for praying the Apex court for urgent consideration of the Goa mining case and give a hearing date before the Court closes for summer vacation
from May 15 onwards or else the Central Government has to consider a Legislative Cure to resolve Goa Mining stalemate. This is needed to stop the further economic collapse of the state.
Highlighting that mining supports the livelihood of over 3 lakh people in the state, GMPF said that in this economic crisis due to Covid19, Central Government has to consider legislative amendment rather than waiting for Supreme Court to decide on the fate of over 3 lakh Mining dependents. It claimed that over 60,000 people have lost their Direct employment with the quashing of leases of 88 mines in Goa by the Supreme Court in 2018 and the unemployment situation has further worsened in the state with second wave Outbreak of COVID pandemic, which has shattered tourism industry yet again in the state of Goa. Mr. Puti Gaonkar, President, GMPF said, “It will be smarter for state Government to concentrate on restarting Goa Mining operations to address the battered economic and unemployment crisis of the

state. Revenue through mining can be more practical than aimlessly only targeting to attract tourist to Goa amid second wave of Covid19 pandemic because mining sector is not directly affected by Covid Pandemic like tourism. The Goa State and Central Government has to pray for early hearing to the Apex Court on impending Goa mining matter pending, before the Court breaks for a vacation on 15th May’21 or has to consider legislative cure for the sake of common mining dependent people and state’s revenue. There is need for more determination by state government to get intervention of Central Government for legislative cure to resolve the livelihood matter. It’s disheartening that the Central Government is not showing any willingness to consider Goa Government’s request for amendments to The Goa Daman Diu
Concession Abolition Act, 1987 to make it prospective to restart mining in Goa. If it was any other state suffering so much the Central Government would be forced to intervene for a solution. We fail to understand why Goa is neglected like this?
Waiting aimlessly for Supreme Court to decide on our livelihood is not what we expect from the Goverment. The Supreme Court must be prayed to understand our pangs and consider the matter impending in the Court for a long time, as urgent and give a hearing date before the court closes for summer vacation. While the Hon’ble court is taking charge and giving verdicts on many other important cases, the reason why the pangs of 3 lakh Goans haven’t drawn the attention of the court is difficult to fathom?”
State Mining Corporation idea to study the reserves and operational feasibility of non-working leases is a very good decision by the Chief Minister as a long term strategy but the need of the hour is to immediately restore livelihood by restarting the operation of 88 leases which were operational. The matter of immediate need of livelihood should not be mixed with intention of corporation which is a long term strategy. ”, added Puti.
“Three years of Mining stoppage has already disrupted livelihoods & Socio- Economic scenario in the state of Goa. We mining dependents are struggling to fulfil basic needs of our family and quality education for our children. It’s a misery that such this crisis, which involves fate of over 3 lakh people is been ignored both at Judicial level as well as at the Govt. & Policy
maker level for last 3 years. Is this Good governance? I feel the basic issue of livelihood is getting diverted by announcing intention of state Mining Corporation. There is no clarity yet of proposed corporation with regards to benefit to locals like employment to locals like workers, truckers and machineries, barges and other common mining dependents. “Said Balaji Gauns, Vice President of GMPF.
The Goa Mining sector has been one of the biggest earners of foreign exchange to the state exchequer till the ban which caused a loss of over Rs. 11,000 Crores revenue to the state’s exchequer in the last 3 years. The mining ban is not only taking a toll on the livelihoods of Goans but is also badly impacting the socio-economic condition of the state.