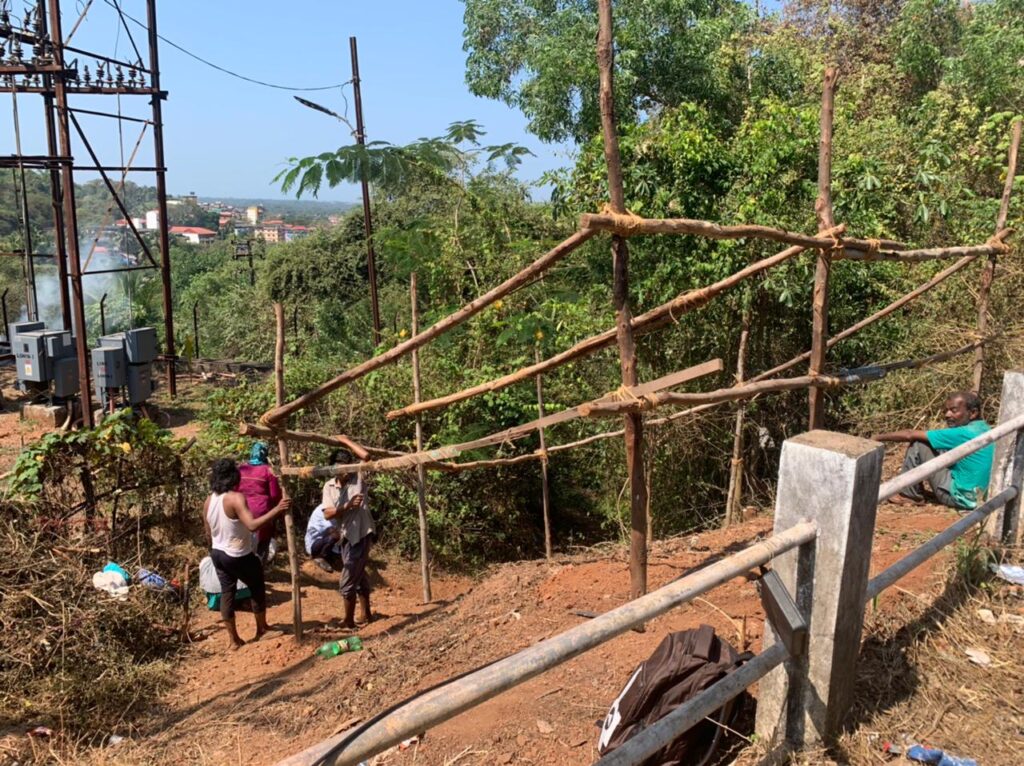 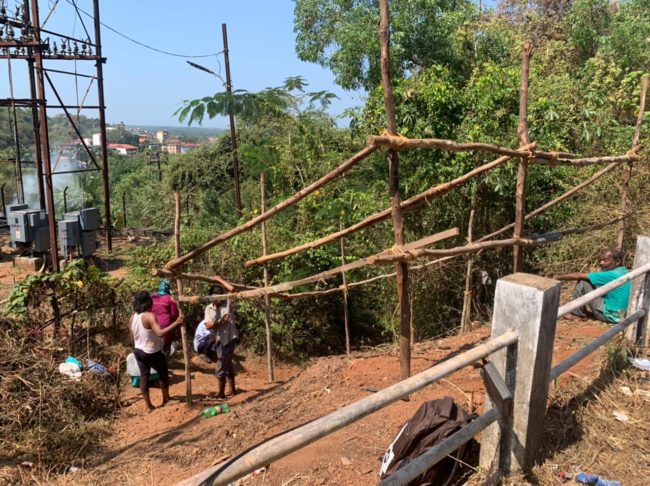 A day after Goemkarponn exposed the illegal construction coming up near Moti Dongor Margao, the structures were demolished by the mamlatdar this morning.

Speaking to Goemakrponn, Salcete Mamlatdar Prataprao Gaonkar said that all the structures have been demolished following complaints.

He said the property belongs to the Hospicio Hospital and it is upto them to file an FIR.

“We have carried out the demolition as per talathi report,” he said.

Tense situation prevailed in Moti Dongor area of Margao, behind Junta quarters on Tuesday as some persons were found illegally encroaching on government land.

Locals found that some persons were illegally constructing structures on government land.

They said that the people were taking advantage of municipality elections as officials are busy with elections and few people are trying to take advantage of the situation.

Following complaints and buzz in the media, Salscete Mamlatdar immediately sent talathi to the spot and give detailed report of incidents.

Talathi said he has taken all details and will submit his report by today itself.

He also stated that Prima facie it looks like there is huge encroachment on government land.

Following complaints on Fatorda police rushed to spot and took control over tense situation. They also detained one person.