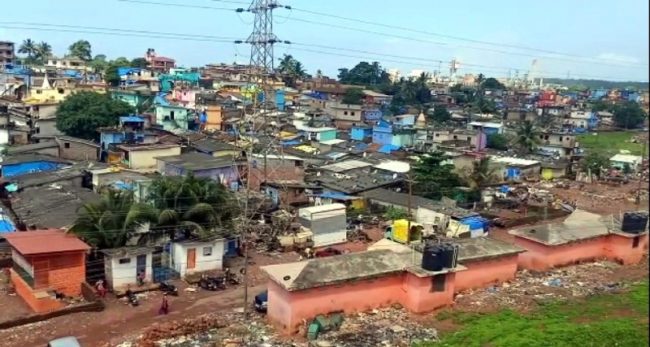 Goemkarponn desk
Panaji: The Government today informed the full bench of the Goa Human Rights Commission (GHRC) headed by retired Justice U. V. Bakre and comprising of former District Judges Desmond D’Costa and Pramod Kamat that the proposed inauguration of the Zuarinagar Police station at Sancoale scheduled for tomorrow will not be held.
The Police Station was to be inaugurated tomorrow at 10.30 am by Chief Minister Pramod Sawant in the presence of Deputy Chief Minister Chandrakant Kavlekar and local MLA Alina Saldanha.
Adv. Aires Rodrigues in his complaint to the GHRC last week while questioning the reported skewed move by the Government to try and hurriedly convert the very badly equipped Sancoale Police Outpost into a full fledged Police Station, pointed out that the current outpost housed in a very cramped shed cannot properly accommodate the outpost and its mere five staff and wondered as to how this very small premises would take care of a police force of at least 40 which is the minimum staff that would be required to run a Police Station.
Superintendent of Police Bossuet Silva today appearing on behalf of the Director General of Police submitted before the GHRC that the Zuarinagar Police Station would be inaugurated only after the entire infrastructure and amenities were in place with all the legal formalities including the notification of the police station done. While directing the Chief Secretary and DGP to file a detailed reply the GHRC adjourned the matter to 15th March.
As directed yesterday a team of the GHRC headed by its Secretary Vikas Gaunekar inspected   the site of the proposed Zuarinagar Police Station and submitted its report to the Commission on the factual and ground realities.