Govt says “no” to legalise Dhirios 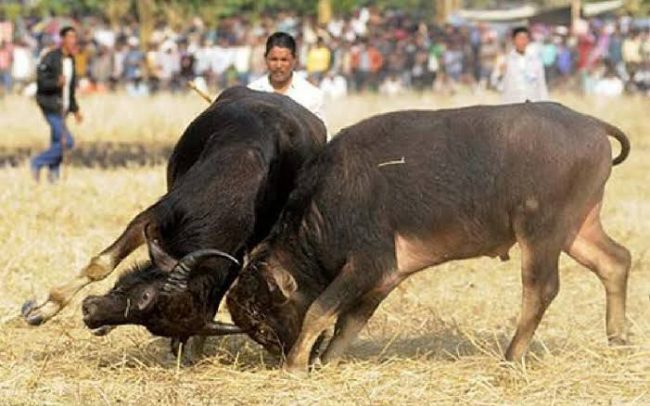 PANAJI: Amidst growing demand for legalising bullfights in Goa, the State government has made it clear that it has no such intentions.
Minister for Animal Husbandry Nilkanth Harlarnkar has said that the state government has no plans to legalise Dhirio in the state.
The submission came on the floor of the House in a written reply to MLA Alexio Reginaldo Lourenco’s question.
The Minister admitted that illegal bullfights are taking place in the state as per the complaints filed by NGOs.
Former late MLA Vishnu Wagh headed house committee had even recommended to the government in 2016 to legalise the sports, which are currently banned as per Central law.
Locally known as ‘Dhirio’, the sport involves two bullocks that are prodded by their handlers to charge at each other. Spectators are also allowed to place bets.
In 1997, in response to the petition filed by People for Animals (PFA) against ‘Dhirio’, the Goa bench of Bombay High Court banned bullfighting under the provisions of the Prevention of Cruelty to Animals Act.
Later, the Special Leave Petition filed by the state was dismissed by the apex court.
The Union Ministry of Environment and Forest had banned bullfights in 2011