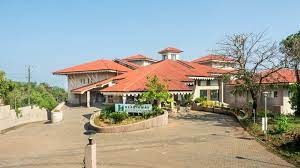 Goemkarponn desk
PANAJI: In a unique non invasive brain surgery, one of the first of its kind in Goa, medical professionals at the Healthway Hospital, managed to revive the fading eyesight of a six-year-old boy, who had suffered from a sudden onset of paralysis of his left eye muscles, which had made it unable for him to open and move his eye and affected his vision.
A release issued by the hospital said that the MRI of the brain had revealed an abnormal out-pouching (aneurysm) in his left internal carotid artery with bleeding in the brain behind his left eye, as well as swelling of the eye muscles and pressure on the optic nerve.
“Open neuro-surgical clipping on the out-pouching was nearly impossible, due to its dangerous location and risk of rupture and infection. Hence Endo-vascular coiling was done for him and platinum coils were used to pack the out-pouching (aneurysm) and hence the risk of re-bleeding was taken care of,” it said.
The Hospital said the this endo-vascular coiling comes within the spectrum of highly supervised neuro-intervention procedures for adults and children. These include diagnostic brain and spine angiographies; interventions in ischemic stroke like blood clot removal and brain and neck vessel stenting; as well as those in brain hemorrhage like aneurysm coiling or flow diversion for aneurysms and embolization for arteriovenous malformations
“This was amongst the first paediatric neuro-interventions  done in our state. These are minimally invasive procedures done in the cath lab via femoral artery approach and are advantageous because of minimal blood loss, minimal risk and minimal procedure-related morbidities. I hope the people of the state open up more to these highly advanced procedures in the future. Early diagnosis and prompt treatment is the key in these various strokes to improve their quality of life” Healthway Hospital’s Dr. Sanat Bhatkar interventional neurologist, who led the team which conducted the endovascular procedure said.
Other members of the Healthway Hospital team, which conducted the unique procedure also comprised of Dr. Sumant Prabhudessai (paediatrician) and Dr. Mrs Bharati Sawant (anaesthetist) and the Cath lab team.
“The boy tolerated the procedure well and and was discharged in a couple of days. Currently, there is complete  improvement in vision,  partial opening of the left eye and some improvement in eye movements. He is expected to completely improve over the next 8-12 weeks,” said Bhatkar, who is a Neurologist passed out from the prestigious PGIMER Chandigarh and has further trained for 2 years in Stroke and Neurointerventions from KEM Pune. He is also the first interventional neurologist in the state.